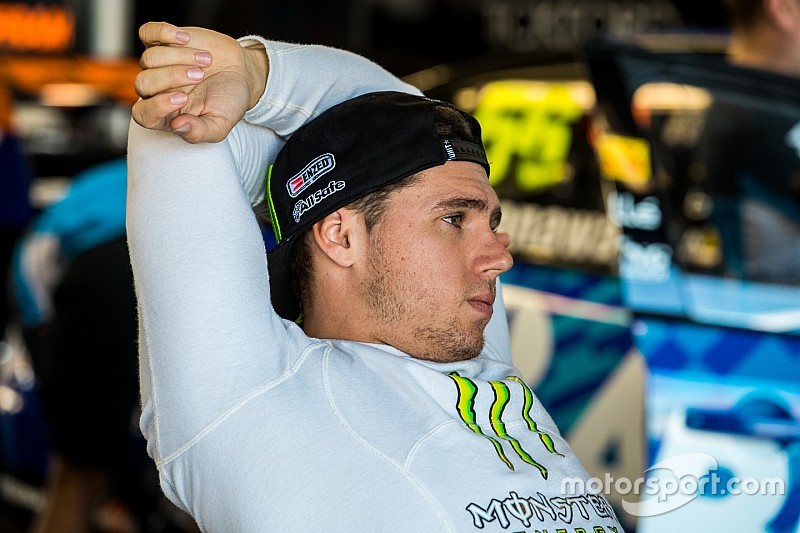 Cam Waters says the outburst directed at teammate Chaz Mostert during the Bathurst 1000 was a ‘natural’ reaction to what proved to be a race-ruining clash between two Tickford Fords.

Waters was left fuming when his co-driver David Russell was run into the wall at Forest’s Elbow by Mostert early in the second stint at Bathurst last Sunday, labelling it a “dumb move” from his fellow Ford driver.

His raw emotion was then captured via the in-car camera mic, Waters leaning into the cockpit and telling Russell, still strapped in the cars during repairs, “sorry man, we just got f**ked up by our f**king teammate."

Reflecting on his reaction , Waters isn’t backing down from his initial response to the clash. Instead he says it’s a sign of how much the Bathurst 1000 means to him, and how disappointed he was to be taken out of contention so early.

“I was pretty fired up, but it's the biggest race of the year and we had a fast car,” said Waters.

“It was pretty early on in the race. That's why I was fired up; to see all the hard work that the team and everyone puts into it, to be sitting out of the race – whoever's fault it is – is just frustrating.

“I guess you probably all know I care about my racing now. No one wants to be sitting out of any race. I got fired up, but that's what the sport means to me at that race. I just let a bit of emotion come out, which is just natural I think.

“There's no more to it. We'll move on, go to [Gold Coast] and hopefully we're competitive there.”

Waters said the pair briefly cleared the air before Mostert jetted off to the US to race a BMW at the Petit Le Mans.

“Chaz was on a plane straight to America so we couldn't really get to speak about the incident [in the debrief], but Chaz and I spoke after the race about it,” he said.

“I know it wasn't intentionally done or anything. We're both big boys, we'll go to Gold Coast. There's no grudges or anything held.

“We just all move onto the next one.”

The two Tickford cars had been scrapping over sixth when they tangled at Mount Panorama, Mostert and teammate James Moffat going on to finish fourth.

Had they made the finish, Waters reckons the podium was in reach for he and Russell.

“Once we fixed the car we were pretty quick,” he said.

“We were able to do sixes easily. We were a very similar pace to Chaz.

“If the strategy had worked out we'd have been Top 5 - best case podium, worst case Top 10 easily.

“It is what it is. Everyone's got those stories.”