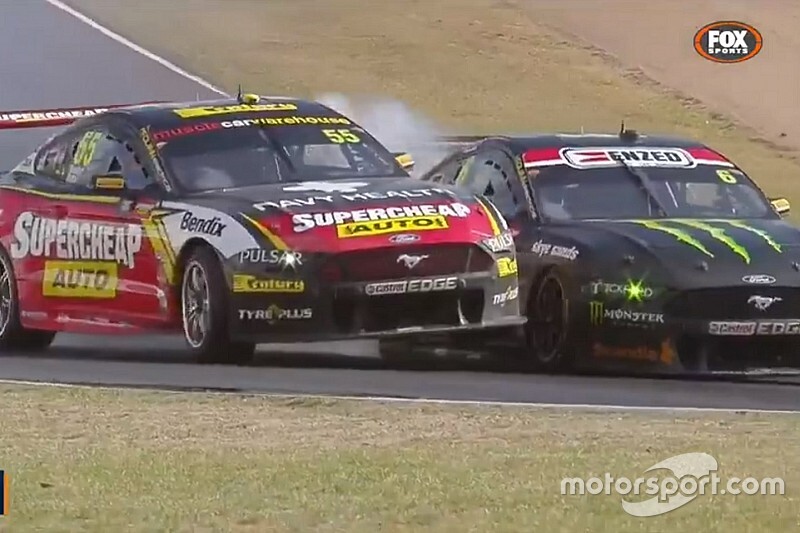 Cam Waters has poked fun at a raft of controversies from last year's Supercars season in a light-hearted Eseries preview video.

The Tickford Racing star is shown going through 'preparations' for the upcoming Supercars Eseries, which includes a series of nods to the big talking points of last season.

There is a Gurney flap made out of sticky tape to ensure aero parity as well as a fitness weight he holds over his head for centre of gravity.

Waters also fishes rubbish out of his simulator seat, which he calls "debriss", before contemplating having a red wine – a reference to Jamie Whincup's infamous outburst aimed at stewards in New Zealand.

Perhaps the highlight, however, is when he fires into the back of a digital version of Chaz Mostert's car down Conrod Straight, a crude recreation of their tangle as teammates during last year's Bathurst 1000.

The Eseries, which will feature Waters and the 24 other real-world Supercars drivers, kicks off on April 8.