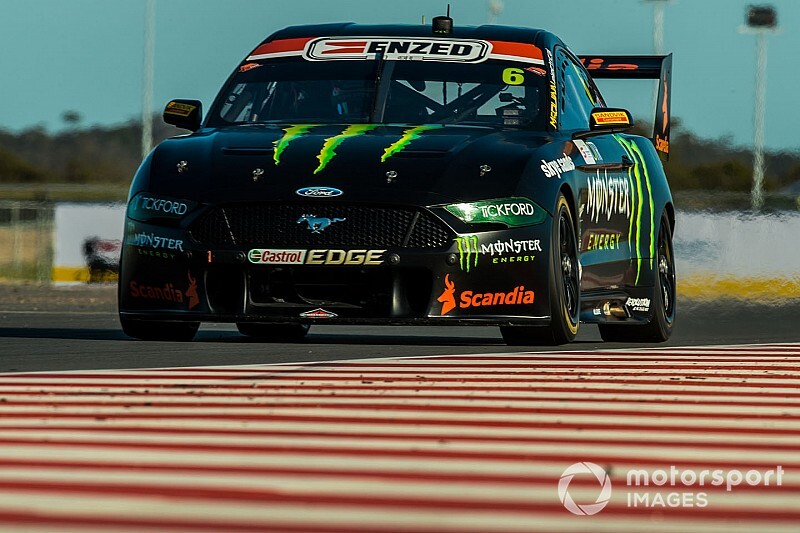 The 25-year-old driver is now locked in for next season and beyond, the team opting to negotiate a brand new deal rather than take up an option on Waters' existing contract.

He'll be continuing in Monster colours too, the energy drink brand continuing a major sponsorship deal that started when Waters stepped up to the main game back in 2016.

“I’m pumped to be sticking with Tickford Racing, and really excited to have Monster Energy back on board with us,” said Waters, who's been on the podium six times so far in 2019.

“We’ve had a great 2019 so far, and gotten to share some champagne together, so it’s great to have next year sorted this early.

"Obviously we’re off to Bathurst in a few days, and we’ve definitely got the tools to win there. There’s no better way to thank Tickford and Monster than to go out and have a crack at that top step, so we’ll certainly gun for that next week.”

Tickford CEO Tim Edwards said the team was ecstatic to retain a driver that's been in the fold since 2014 and helped secure the 2015 Super2 title.

“Retaining Cam and Monster Energy have been key priorities for us this year, so we’re extremely happy to tick those boxes,” Edwards said.

“We had an option to retain Cam for 2020, but decided to negotiate a new deal to keep him in a Tickford Ford long-term.

"He’s been with us since 2014 and has risen from a pretty raw youngster to the regular podium challenger he is today, and we know he’s a fighting chance wherever we go, so we’re ecstatic to keep him in our camp, and very happy to keep him in a Monster Energy Ford.”

Waters is the first Tickford driver to be formally locked in for 2020, while Will Davison is widely-expected to continue in the 23Red Racing entry run out of Campbellfield.

There are question marks beyond that, however, with Lee Holdsworth and Chaz Mostert both off contract, and the latter expected to be on the move to Walkinshaw Andretti United.

His spot is set to be taken by Jack Le Brocq, who is understood to be Tickford-bound after two seasons with the struggling Tekno outfit.