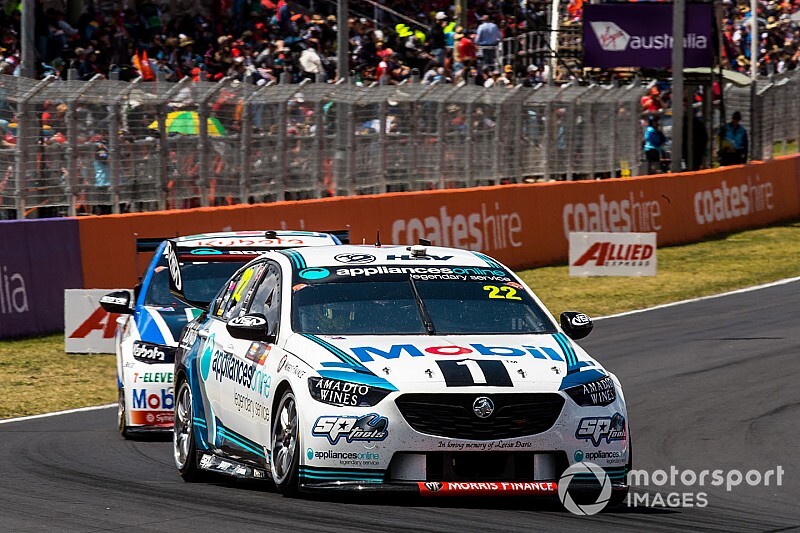 Walkinshaw Andretti United has changed its damper package for this weekend's Supercars finale in Newcastle in a bid to bank data ahead of the introduction of control units in 2020.

Dampers will be added to the list of control components in Supercars next season, Australian manufacturer Supashock winning a tender to supply the entire category.

The deal is yet to be formally announced by Supercars.

With Erebus the only team regularly running the Supashock package, WAU has elected to make an early switch for this weekend's Newcastle 500.

The squad has ditched its Ohlins in favour of Supashocks, working together with the Supercars technical department to get a head start on the new package.

"You're always trying stuff, and obviously at the back end of the year we've been bringing some new things through and we ran a bit of stuff through the enduros," said WAU co-team principal Mathew Nilsson.

"It's nice to keep that work going here and keep learning, particularly at a street circuit like Newcastle. It's good progress on some of the development we've been doing."

When asked for specifics on the shocks and how close they are to the control 2020 package, he added: "I can't comment on what it is. We're just working through a programme."

Supercars' Head of Motorsport Adrian Burgess confirmed that the category is involved in the WAU/Supershock trial.

“Part of the whole tender process, the plan was always to try and run what was as close to the final damper spec as we can before the end of the year,” he told the official Supercars website.

“Just to get some mileage on it, to help some of the Commission members and the teams have confidence that the damper we’ve picked is fit for purpose.

“It’s not the final damper, so we’re not giving any one team any information that’s going to be relevant for next year, but some of the IP in the damper is new and some is used.

“At the time we made the decision to run it, they [WAU] weren’t fighting for the championship and we wanted to put it with a team that’d give it a proper run and feedback from experienced drivers.

“There’s been thousands of cycles on a damper dyno through a full temperature range, so we’re already going through some of the reliability testing on certain components, that’s happening in conjunction with the track test.

“There has been a lot of work in the last few months, this is just part of the whole validation process.”

Despite the move away from its regular shock package, Nilsson is adamant the team isn't forfeiting this weekend in favour of a head start for next year.

"We've got objectives with the teams' championship, we've made some good progress in the back end of the year and Brad Jones Racing has a bit of a battle with us there," he said.

"We jumped ahead of them at Sandown and obviously we want to keep progressing that.

"We're out for results, we're not sacrificing, as such. We're using the opportunity, but we're still out for results. We want to send James [Courtney] and Scott [Pye] off on a good note as well."