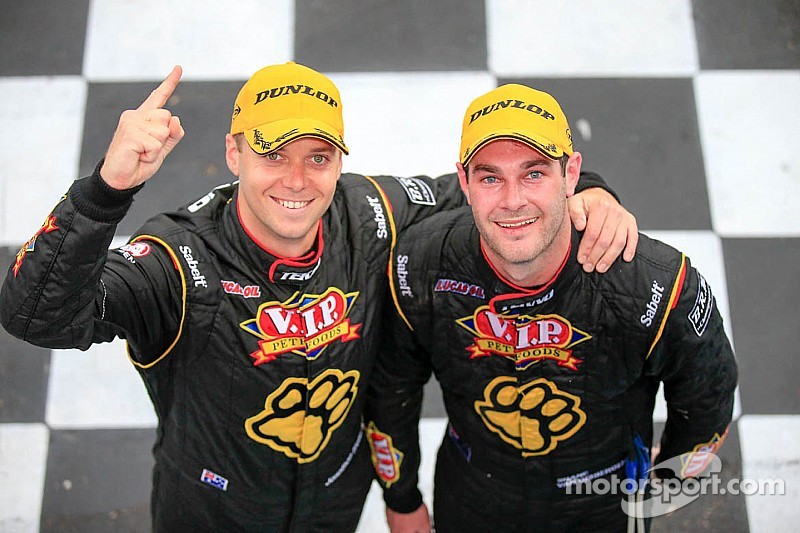 Redemption for the Kiwi, who could of, what of, should of won the Bathurst 1000.

Shane Van Gisbergen and co-driver Jonathon Webb won the Gold Coast 600 opener this weekend, doing so from pole position. This marks Shane's fourth victory of the season. He was followed by the Whincup/Dumbrell duo, who were unable to keep pace with the Tekno machine at the end.

There was a bit of controversy over who should be credited with the final spot on the podium. Mark Winterbottom took it, courtesy of an aggressive bump on Tim Slade, but he and co-driver Steve Owen were later relegated to fourth for the move. This is just Slade's second podium all season.

Four cars failed to finish the race. They were the #7 Jack Daniel's Racing Nissan, the #6 Bottle-O Ford, the #21 JELD-WEN Ford, and the #22 HRT Holden which crashed at the very start of the race.

Ambrose to race in 2014 V8SC season finale in Sydney