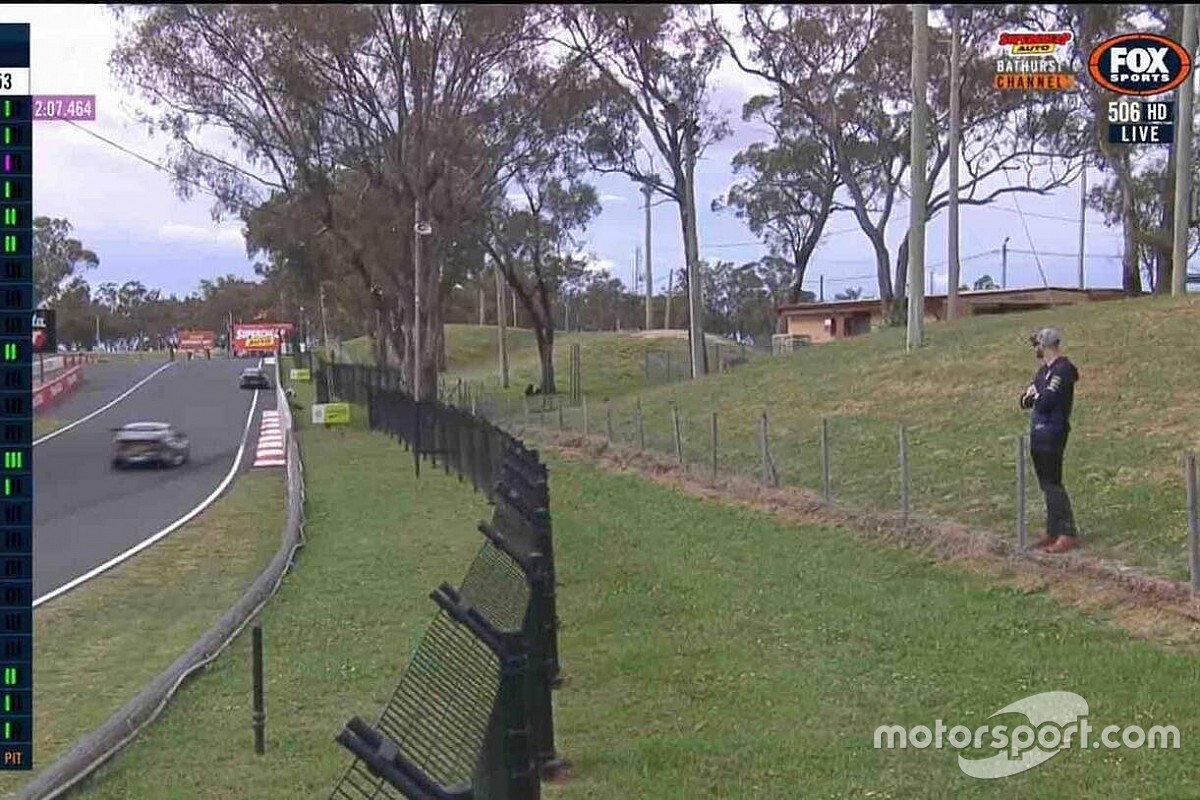 TV cameras spied the Kiwi on top of the Mountain during today's co-driver practice session, while Garth Tander was at the wheel of his #97 Red Bull Holden.

Not that he was difficult to spot, the usually-bustling spectator areas empty this year due to COVID-19 restrictions enforced on the Great Race.

As it turned out van Gisbergen wasn't meant to be there either, sparking a hasty exit and a watchful eye for any authorities patrolling the area.

But even though it was a short stay van Gisbergen was left deeply impressed by watching the cars come over the Mountain, a second cheeky stop at The Chase proving equally exciting.

"It was pretty different coming down avoiding the police," he laughed after qualifying second today.

"I got told to come down pretty quick.

"I've been up there for the 12 Hour before and it's awesome. A Supercar is something else, the way they move around. You forget how fast they are. Obviously you drive them and they're fast, but when you see them from outside the car it's unreal.

"I went to The Chase illegally as well and stood beside the track, and holy shit they are flying down there.

"Like, at the turn-in to The Chase, they're coming head on, and they sound awesome and they're flying past... you don't feel that in the car. You get used to it. The first lap through The Chase is always quick, but when you see them in person, it's really cool.

"I wasn't up there very long, but it was pretty special."

Van Gisbergen is set to run second-last in tomorrow Top 10 Shootout, after being pipped to provisional pole by Lee Holdsworth.