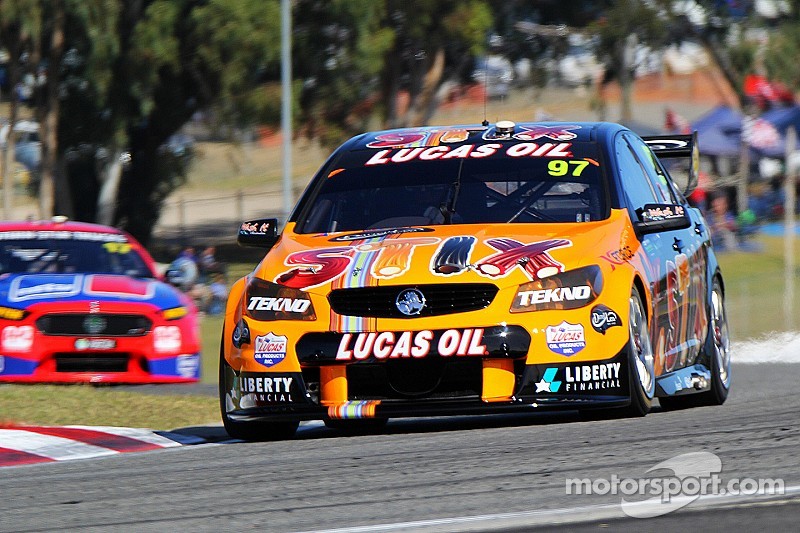 Shane van Gisbergen will have a brand new Holden Commodore V8 Supercar for the Darwin round of the championship.

The Tekno Autosports driver’s current VF Commodore will be retired after this weekend’s Winton round, to make way for a new car that will make its debut in Darwin next month.

According to van Gisbergen, it will be sad to say goodbye to a car that he’s enjoyed plenty of success in.

“I'm a bit sad to race this Commodore for the last time because it’s been my most successful car in in V8 Supercars, with seven championship race wins and three more at the Australian Grand Prix,” he said.

“It's given me a lot of great memories.”

Heading into another SuperSprint round, van Gisbergen has vowed to keep things simple this weekend after an ambitious plan to save tyres backfired in Western Australia.

This time, he’s focussed on qualifying well and collecting points from all three races.

“We’ve had really good pace all year, we just need to go back to collecting points,” van Gisbergen said.

“It’s all about keeping it simple, making sure we stick to what we know works and not getting too crazy.

“It didn’t quite go to plan in Perth. I didn’t qualify well for the second race on Saturday, and the safety car came at the wrong time for us on Sunday, but the main thing is we have a fast car.”