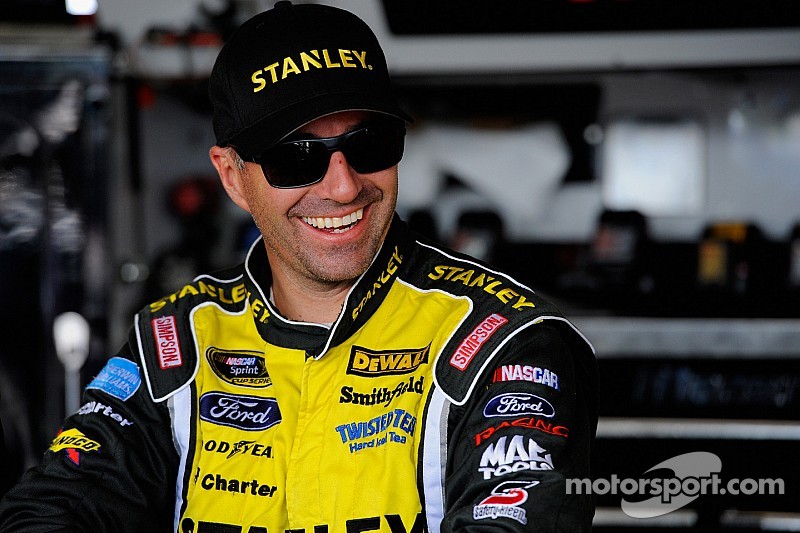 Marcos Ambrose could potentially return back home to Australia in 2015.

It’s no secret that Marcos Ambrose, the two-time V8 Supercar champion, is possibly the greatest NASCAR road racer that's ever been.

However, outside of two Cup wins and five Nationwide victories (all on road courses), he isn't typically in the spotlight. In over 200 starts, Ambrose has never brought home an oval win.

Now there’s rumblings that Ambrose's future in NASCAR is up in the air. He's noted that when his children got older, he’d want to take them back to Australia. It is still unsure what he plans to do in 2015, but those plans may not involve NASCAR.

In July of this year, Penske announced that they were working with Dick Johnson Racing to establish a presence in Australian V8 Supercars.

Naturally, speculation began to abound regarding Ambrose's involvement in Roger Penske's foray into the sport. With a NASCAR-based powerhouse like Penske looking to break into the V8SC field, the choice for a driver would only seem natural in Ambrose, right?

Ambrose is a road racer; pure and simple. There isn’t anyone with a brain between their ears who could possibly deny that. V8 Supercar racing looks very different than it did a decade ago, but what could Ambrose still add to the series? The answer might surprise you.

Marcos will bring more eyeballs to the sport

In my opinion, V8 Supercar events feature some of the greatest racing on Earth. Something that the sport has always been fighting for is more international attention though. With a 2014 season which doesn’t even take them out of the Australia/New Zealand region, combined with news that they’ve agreed to let their Circuit of The Americas deal expire, many have been wondering if there’s anyone in the Captain’s seat anymore.

He’s not just an Australian racer driver anymore. He’s an international racing star with a loyal following spanning across multiple continents. If he returned home, it would give the category a much needed boost in publicity and quite possibly some American television air-time.

At 38-years-old, Ambrose wouldn’t even be the oldest driver in the field with others such as Russell Ingall and Craig Lowndes (who have both raced V8s with Ambrose) still going strong.

They need each other

V8 Supercars needs Ambrose, but with a rather disappointing NASCAR career to look back on, it could be argued that Ambrose needs V8 Supercars as well.