REYNOLDS SOLID BUT HORROR WEEKEND FOR MURPHY AT SANDOWN 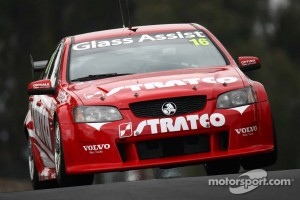 But it was a horror weekend for Pepsi Max Crew pilot Greg Murphy, who crashed heavily in Saturday’s race and could only manage 21st place in today’s race.

Murphy crashed the #11 Pepsi Max Commodore in Saturday’s wet conditions, with the crew working early into the morning to have the car ready for Sunday’s 65-lap hitout.

Despite only qualifying 23rd, Murphy showed solid pace and was on track for a top 10 finish before an incident at Turn 2 with Michael Caruso mid-race saw him spin out of contention.

Reynolds meanwhile had a spin at a restart cost him a top 10 finish in Saturday’s race, eventually recovering for 18th position, but a 13th place finish today was a solid end to the weekend.

Jack Daniel’s Racing driver Rick Kelly backed up his Saturday race win with ninth place in the final race of the weekend at Sandown today.

Kelly scored his 14th top 10 finish for the season, showing that his #15 Jack Daniel’s Commodore had solid pace in dry conditions here at Sandown this weekend, following on from its scintillating wet weather form.

After qualifying in 15th position the 28-year-old progressed steadily up the order, scoring enough points to ensure that he will finish no lower than seventh in this year’s V8 Supercars Championship given that he is now over 300 points ahead of eighth placed Lee Holdsworth.

Jack Daniel’s Racing team-mate Todd Kelly was unable to join his brother in the top 10 in today’s race, after qualifying as the team’s fastest car earlier today in 13th position.

A problem in the front end of the #7 Jack Daniel’s Commodore caused persistent understeer issues, leaving Todd Kelly to soldier on to the finish in the 65-lap race and collect 20th place.

The 14th and final event of the 2011 V8 Supercars Championship is the Sydney Telstra 500 held in Sydney Olympic Park in New South Wales on December 2-4.

In Round 6 of the Fujitsu V8 Supercars Series, 17-year-old Cameron Waters had an up and down weekend aboard the #77 Linde/Shannons Commodore.

Waters qualified in 15th position but was excluded from the session for a pit lane infringement, forcing him to start from the rear of the grid.

After recovering to score 15th in Race 1, the Mildura young gun roared up to seventh pace in Race 2, only to have his weekend end early when hit by another car in Race 3 on the opening lap. Damage to the car’s steering was deemed to serious for Waters to continue. 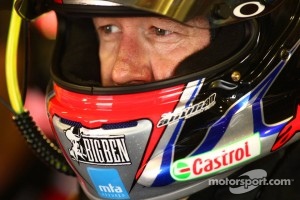 “I learnt something about the car set-up today that I hadn't found all year, so that's a positive to take out of the weekend,” said David Reynolds.

“We got the Stratco Commodore home in 13th, which is OK but we really want top 10s and better.

“The pit stops were great from the guys today. We had to pit early to get track position because it didn't look after its tyres in the first stint.

“We took a pretty aggressive strategy and it paid off in the end to some extent.

“It was good to get another weekend under the belt working with Pete my new engineer. We worked well together and made some ground with the car, so now we'll move on to Sydney, back to a street circuit, and hope to finish the season on a high.”

“I couldn't believe that we would have a weekend worse than Tassie but we had very poor form unfortunately this weekend,” said Greg Murphy.

“We've gone backwards in the championship so we will be working damn hard in Sydney to claw back as many points as we can.

“There isn't a real excuse. The boys have worked so hard on my #11 Pepsi Max Commodore all weekend but I kept stuffing it up.

“Yesterday I had no choice but to pit again because the windscreen had completely fogged up and I couldn't see. I crashed the car trying to make up lost ground, which forced the crew to work all through the night to fix it.

“Today we were going along OK, passing cars and putting ourselves in a good position. I tried to pass one more car and he (Caruso) didn't want to renege the position and I had to pull out of it before I crashed into him, because he was just turning across the front of me.

“Rather than turn him around I tried to avoid it and put myself into a spin and effectively ruined the advantage that we had just built for ourselves. We were looking on track for a finish around the top 10 somewhere but we didn't get it.

“It's was a horrific, horrific weekend, so we move on and look to Sydney to get back on form.”

“Based off our Friday practice results we changed a lot for Saturday,” said Rick Kelly.

“Then it was wet all day so we obviously didn't get to try it in the dry, but those changes were strong in the wet.

“Today we left it with a similar set-up, but with something a little special in the rear and the car in the race was fantastic.

“The Jack Daniel’s Commodore and the guys working on it did a better job than I did driving it. It took a little while to learn how to drive it with that set-up.

“It was very strong in clear air, but it was hard to take advantage of that given where I qualified. I should have been a little bit higher than that with the car the boys gave me, so we could have raced a little further up the front.

“The 65 laps today went very quickly for me with the car being so good. I'm quite excited about how it felt out there today, it was very strong.”

“I'm not sure whether there was a drama with the car or we just did a terrible job of setting it up,” said Todd Kelly.

“The front wheels were coming off the ground all over the place, there was no control whatsoever in the front.

“It might have damaged a damper because it was an absolute nightmare to drive basically right from the start of the race.

“We need to get the #7 Jack Daniel's Commodore back to the workshop and look closely to see what the issue is, but right from the start of today's race I was fully aware that I was in for a bloody long, hard race.” 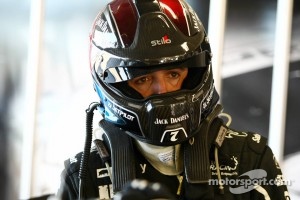 “The whole weekend I was just trying to get laps in and gain experience in the Linde/Shannons car,” said Cameron Waters.

“We had a few mechanical dramas, which didn't help that cause, but we managed to get out there and get some laps in.

“The second race was really good and I got up to seventh, learned a fair bit more about the cars and hopefully this experience will help me next year if and when, hopefully, I can race in the Fujitsu V8 Supercars Series.

“I've learned a lot with the mechanical and engineering side of the a V8 Supercar and also how you need to drive the car. From the start of the Bathurst week to now I've learned a huge amount and the seat time this weekend is great for me.

“The second race was the highlight, but unfortunately in Race 3 we got run into and it bent the steering so my race was virtually over on the first lap.”