Queensland Raceway will host a Supercars test tomorrow that will see the Triple Eight wildcard and a TCR young gun in action.

The new-look Supercheap Auto-backed wildcard entry will take part in its first official test day in the lead-up to the Bathurst 1000.

Declan Fraser and Craig Lowndes will turn their first laps in the third T8 entry since being announced as the new driver line-up recently.

They will be joined at the test by the likes of Triple Eight managing director Jamie Whincup and former team boss Roland Dane, who is set to stand in as team manager for the wildcard entry during the Bathurst weekend.

The 19-year-old will experience Supercars hardware for the first time when he jumps behind the wheel of one of Matt Stone Racing's Super3-spec Ford Falcons.

Mineeff has been tied up with MSR since the Winton SuperSprint last month, where he worked within the team.

“Testing a Supercar for the first time is exciting and I grabbed the opportunity with both hands,” said Mineeff.

“It’s my first time driving anything on track with a V8, which is cool and it’s similar in horsepower to the Time Attack car I drove earlier this year.

"In terms of lap times the whole package is pretty serious, so with the history surrounding those cars and the team this opportunity is an exciting one for me.

“You’ve always got to keep your options open in motorsport and a very good example of that is TCR, which came up quite recently. It’s really great to meet the Matt Stone team and get some laps because you never know what may happen in the future.

“It’s quite funny the test will be at Queensland Raceway and that’s where our next TCR round will be, but even just any laps at that circuit are good." 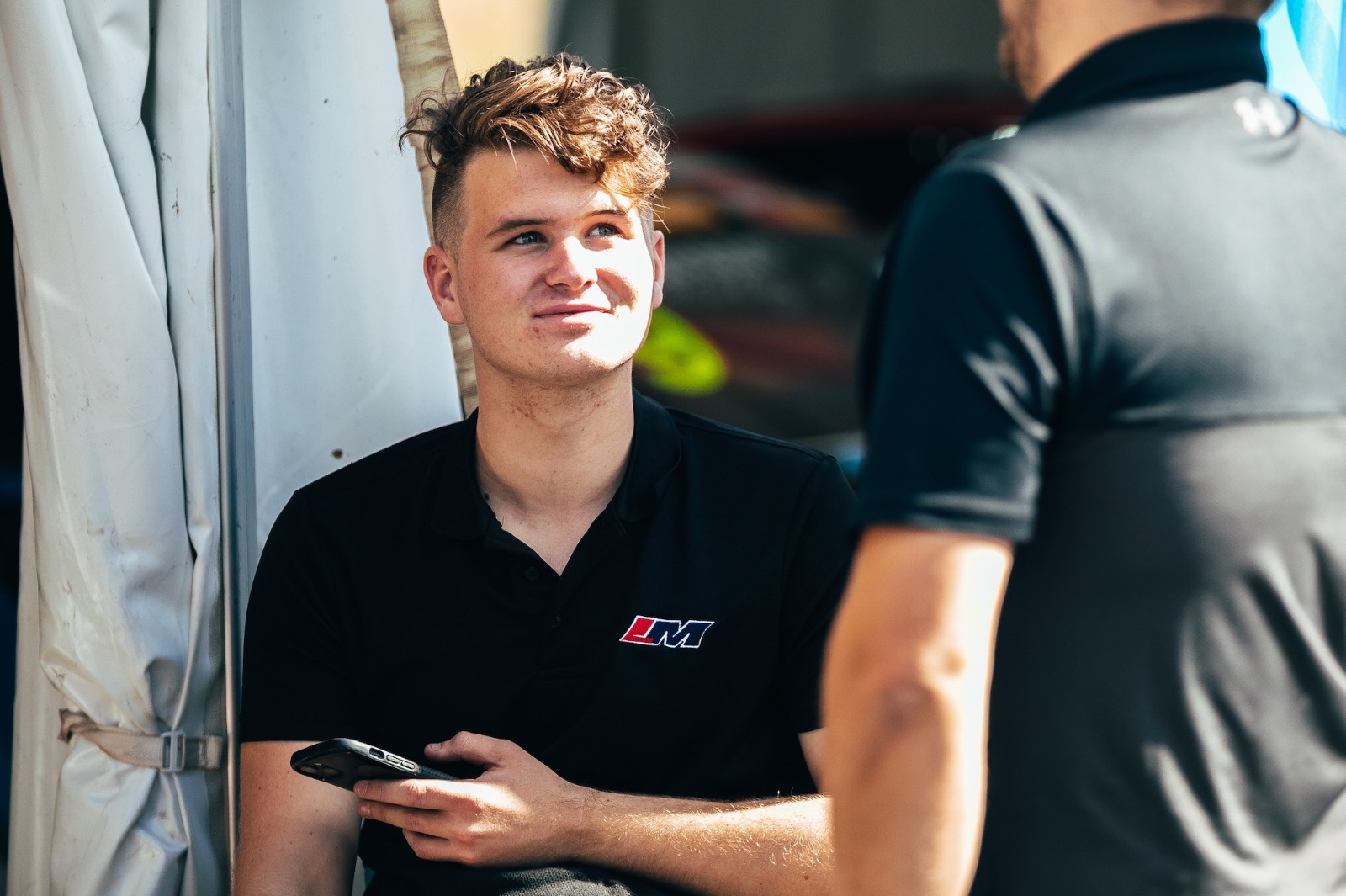