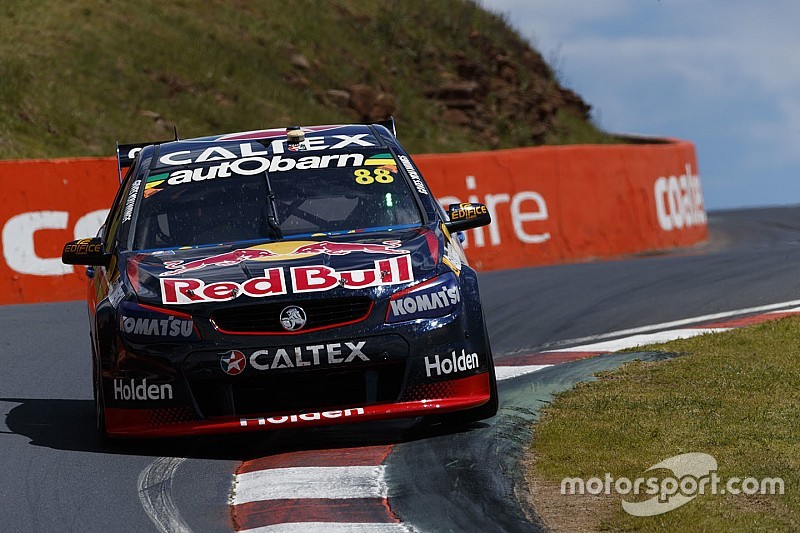 Will Davison and Jono Webb’s Bathurst 1000 victory could end up being subject to an appeal from Triple Eight Race Engineering over the 15-second penalty given to Jamie Whincup and Paul Dumbrell.

Whincup crossed the line first in the #88, but was ultimately classified 11th thanks to a 15-second penalty handed down for a nasty tangle with Scott McLaughlin, which went on to take both McLaughlin and Garth Tander out of the race.

Triple Eight has since decided to appeal the result, calling for the penalty to be overturned and for Whincup and Dumbrell to be reinstated as the winners of the 2016 Bathurst 1000.

The basis of the appeal is that the incident would normally be penalised with a redress, or if that’s not possible, a 10-point penalty. The 15-second penalty, according to team manager Mark Dutton, is something entirely unique.

“I honestly believe that the penalty was incorrect, and should be rectified – which means at worst it should be 10 points, at best it should be nothing,” Dutton told Motorsport.com.

“Either way, it should be a race win for Jamie Whincup and Paul Dumbrell.

“From here we’ve got two days to put together all the additional documentation etc. From there [Supercars] will come back to us to say what the appeal process is, who we got in front of, when and where, that sort of thing.”

Whincup apologises to HRT and Volvo for collision

McLaughlin: Whincup move “not on”