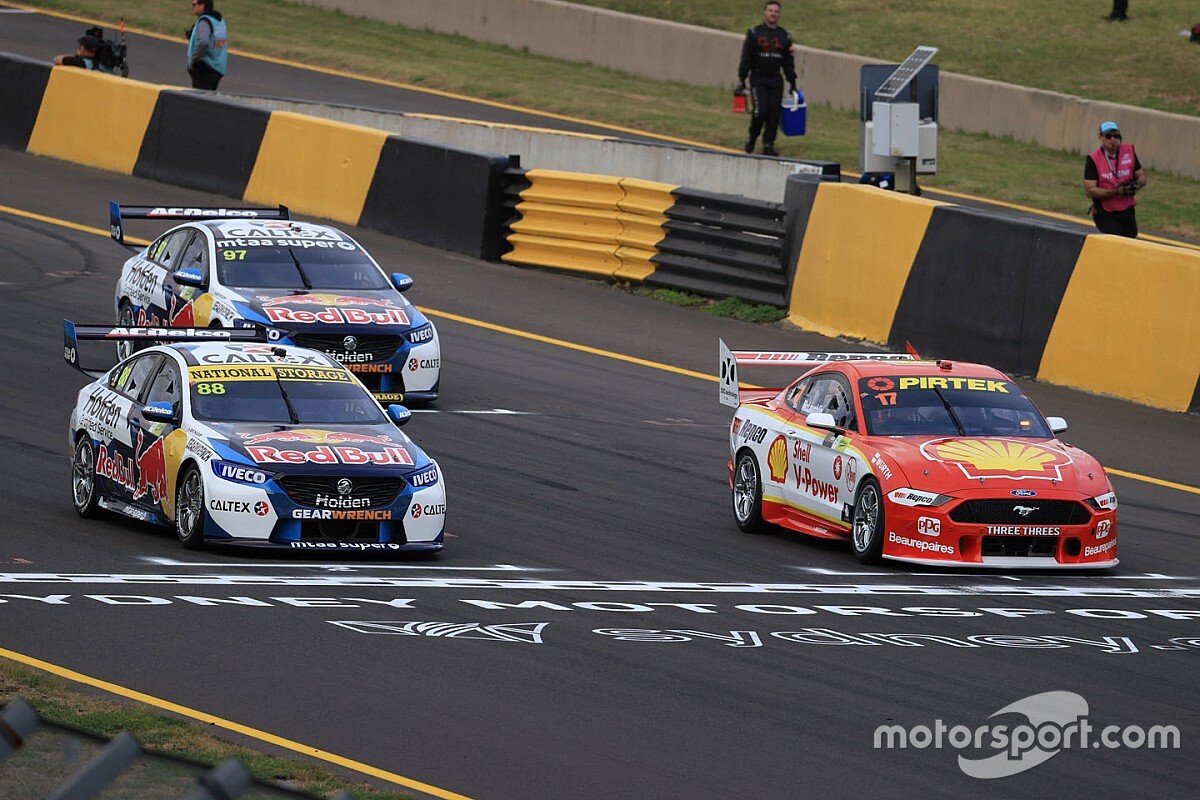 Jamie Whincup says Triple Eight has work to do if it is to match DJR Team Penske's pace based on last weekend's three races at Sydney Motorsport Park.

DJRTP's Scott McLaughlin was the overall pace-setter as the 2020 season resumed in Sydney over the weekend, with two wins and a third from the three races, and two poles (including a lap record-breaking effort on the Sunday).

That marked a clear turnaround from Adelaide back in February, where the Triple Eight Holdens seem to have the edge on car speed, even if McLaughlin emerged from the weekend with an early points lead.

The T8 Holdens weren't exactly slow, Whincup taking a pole and finishing on the podium in all three races, while Shane van Gisbergen pushed McLaughlin all the way to the finish in Race 1.

However Whincup reckons his Ford rival has definitely come out of the break with the advantage.

“Any weekend you come away with three podiums is a good one," he told Fox Sports after Sunday's final race.

"We didn’t quite have [McLaughlin]’s pace though.

"It’s sort of sweet and sour in the garage at the moment. Hey, great weekend, we got some silverware, but we need to find some more pace so we’ll chip away at that in the next couple of weeks.

"We had some confidence coming [to Sydney] after our pace at the Grand Prix, but potentially the guys next door have done a little bit over the last three months that has given them a bit more speed."

Van Gisbergen, who missed the podium in both of Sunday's race, put his relatively quiet showing more down to set-up and strategy.

"We sort of went from being a fast car [on Saturday] to being mid-pack of the front pack [on Sunday] – we just lagged a little bit," he said.

"We probably could have made some better decisions with strategy, but it is what it is. Hopefully, we can make a few tweaks heading into Winton so we can get some race pace back and hopefully be a bit more competitive.”

Whincup trails McLaughlin in the standings by 49 points, with van Gisbergen 221 points in arrears down in eighth.

A tough weekend in Sydney for Penske driver Fabian Coulthard has, however, given Triple Eight a 50-point lead in the teams' championship.