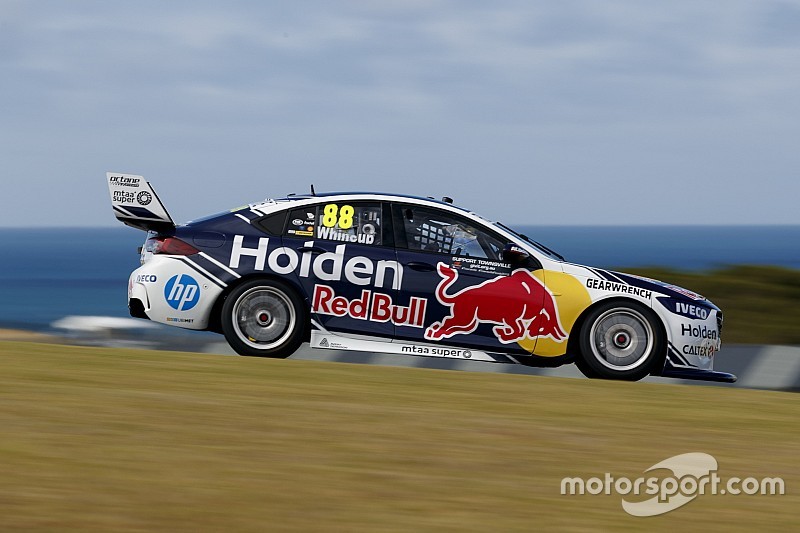 Triple Eight will hold off on a proper in-season test until it feels it has the parts that could help it run down Supercars pacesetter DJR Team Penske at its disposal.

Evaluation days, which don't count as an official test day, are restricted to drivers who haven't competed fulltime in the series during the last three years, and haven't raced at five or more Supercars events in the last year.

Taking part in an evaluation day also rules drivers out from an enduro seat in the same season.

While a number of key teams, including Erebus Motorsport and Walkinshaw Andretti United, have opted to use a full-blown test day already, T8 says it has a good reason to hold off at the moment.

According to team manager Mark Dutton the squad wants to have a suite of new parts to test before it burns a precious day of in-season running, as it looks to hunt down DJRTP.

"For the full test day, we want to have some bolt-on shiny bits to make us go faster," said Dutton.

"That takes time to get the manufacturing done. We don't have all of that ready to bolt on yet.

"It's easy to say 'work harder', but you have to decide what you want. You don't just throw darts at a dart board with your eyes closed, you've got to pick your target, and go 'we believe from what we've seen this year that this is the direction that we want to go'.

"The engineers have been working hard on that, and that's why we're not testing earlier."

While not expecting huge gains, Dutton did admit that the track time will be useful: "For sure, any time you go to the track, you get a chance to test and make some improvements."

Triple Eight will likely need to inject some youth into its line-up in the not-too-distant future, with question marks over 36-year-old Jamie Whincup's plans beyond the 2020 season.

While not linking the evaluation specifically to Whincup's future, Dutton did say that it is important to get a look at potential new talent.

"We'll see how that goes. It's always interesting," he said.

"We try and not just look at the year we're racing, but we're always trying to plan for the future as well and have thumbs in many pies."

Supercars shortcut rule to be investigated