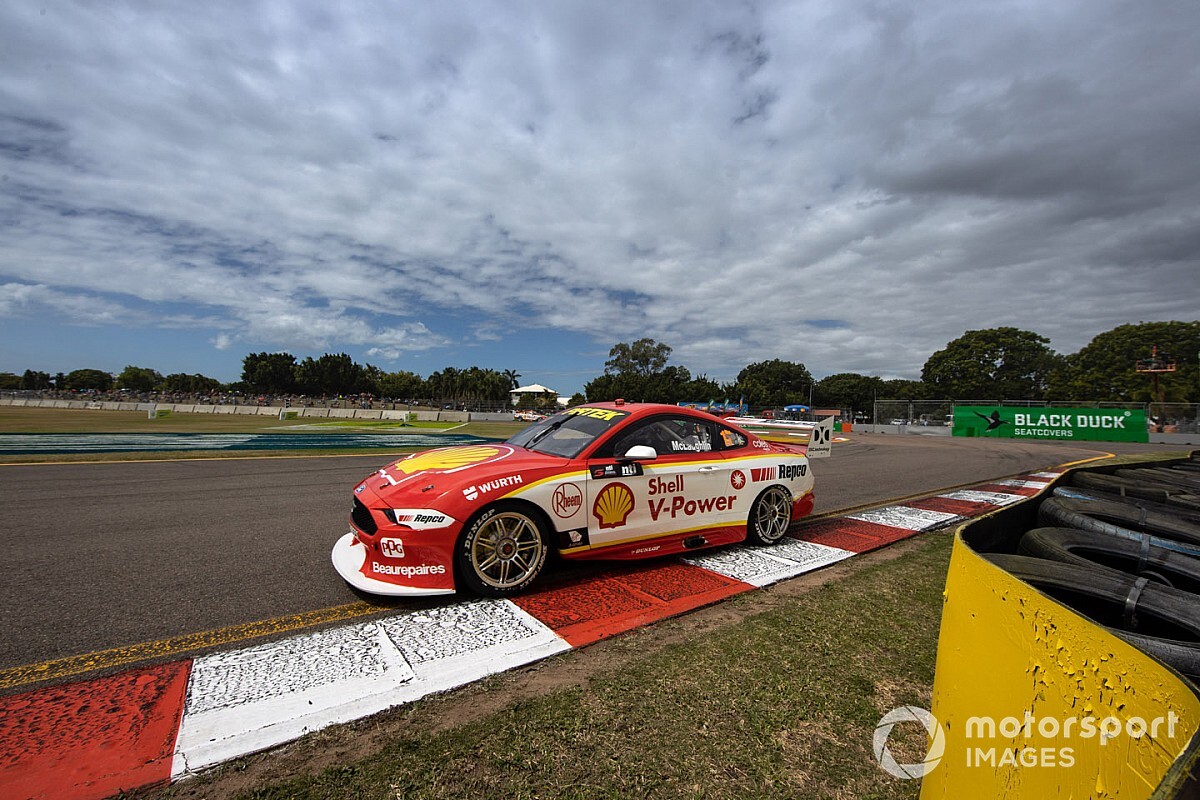 Jamie Whincup and Scott McLaughlin took a pole each for Sunday's two Supercars races in Townsville.

Saturday race winner Whincup set the pace in the first of the two back-to-back sessions, a 1m12.310s sealing pole for today's second race of the weekend.

However he was unable to make it a qualifying clean sweep in the second session. Not wanting to gamble on the weather after some light rain right before pitlane opened, Whincup opted to run his best rubber early, before the track was at its best.

That meant fourth was the best he could manage.

"The [first session] was certainly nice and clean," said Whincup. "The car was good, same as yesterday, and we maximised there.

"In [the second session] it started to rain. If it dries out, it's generally faster after the rain, but if it doesn't dry out you're P20.

"I respect [race engineer David] Cauchi, he said 'mate we don't know what it's going to do, let's go out and run early'. As it turned out it dried out and the track was quicker and we dropped down a few spots."

McLaughlin did get the best of the track conditions in the second running, grabbing pole with a 1m12.179s right at the death.

The points leader has plenty to do in today's first race, though, a lack of balance leaving him all the way down in 13th.

"I haven't had balance," he said. "We thought we were there or thereabouts yesterday, but we came out this morning and the car was sort of nowhere.

"After that we made a change, and gee it was hooked up on that second run. I've got a nice balance now, which is nice because we can take it into next week knowing we have a fast enough car to take pole."

Chaz Mostert will start the first race next to Whincup on the first row, however the Walkinshaw Andretti United driver was only good enough for 10th in the second.

James Courtney was even more inconsistent across the two session, with P3 in the first and P14 in the second.

Cam Waters and David Reynolds were two of the more consistent drivers, the former qualifying fourth and second, the latter fifth and sixth.

Shane van Gisbergen struggled for pace in both hit-outs, the Kiwi seventh in the first session and a lowly 13th in the second.

Fabian Coulthard fared even worse, his Penske Ford only good enough for 15th and 16th.