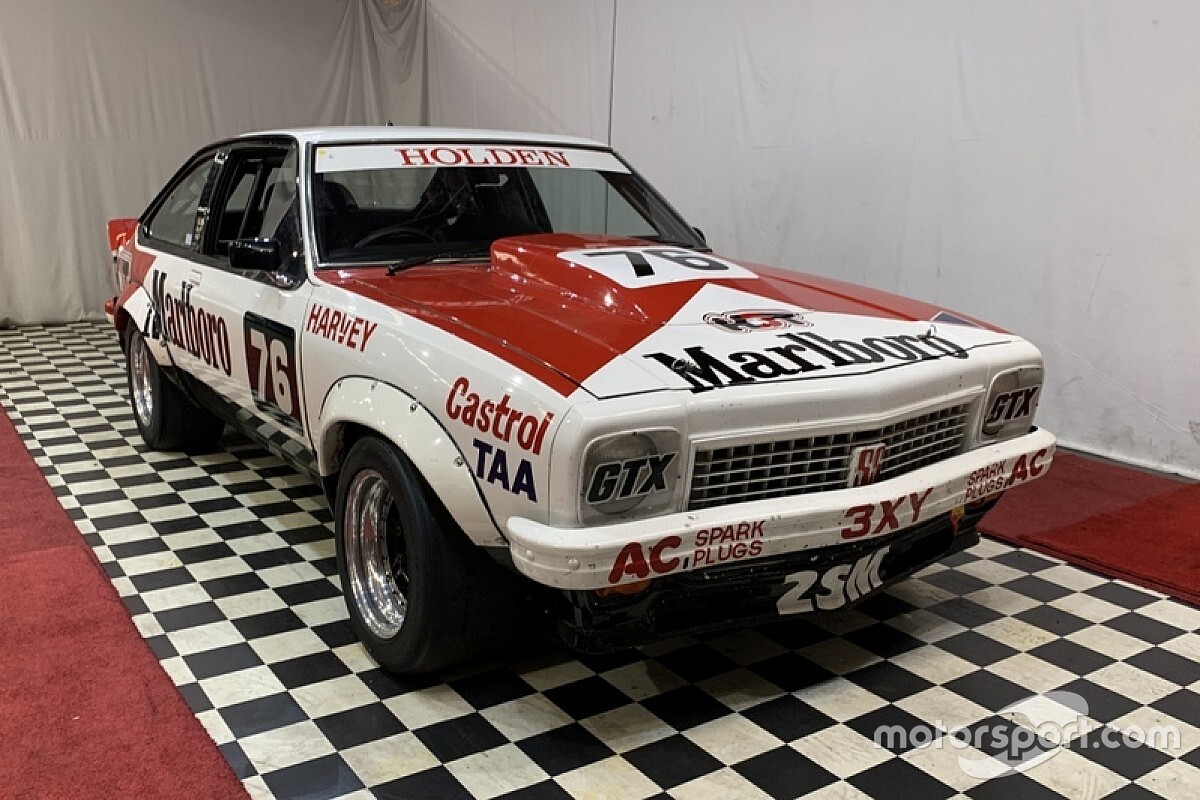 A Holden LX Torana raced by John Harvey in the Australian Touring Car Championship is tipped to sell for over $1 million at auction this weekend.

Lloyds Auctions says it's been fielding both national and international interest for the car since listing the car several weeks ago.

The auction is set to end at 7pm AEDT on Saturday, with bidding currently sitting at $775,000.

The car, raced by Harvey for the Holden Dealer Team between 1977 and 1979, is in running order and comes with Harvey's boots, helmet, trophies and more.

“Arguably one of the most important pieces of Australian motor racing history to go under the hammer in some time, this car is presented in the correct HTD Marlboro livery bearing #76 and running as good as the old days thundering around the tracks,” said Lee Hames, Lloyds Auctions COO.

“Who knows what this car could end up selling for, I wouldn’t be surprised if it sells for $2 million.

“The significance and provenance of this car is paramount to Australian history and is something that is very special and extremely rare. There is no other like this car, it is one of one driven by legendary race car driver John Harvey."