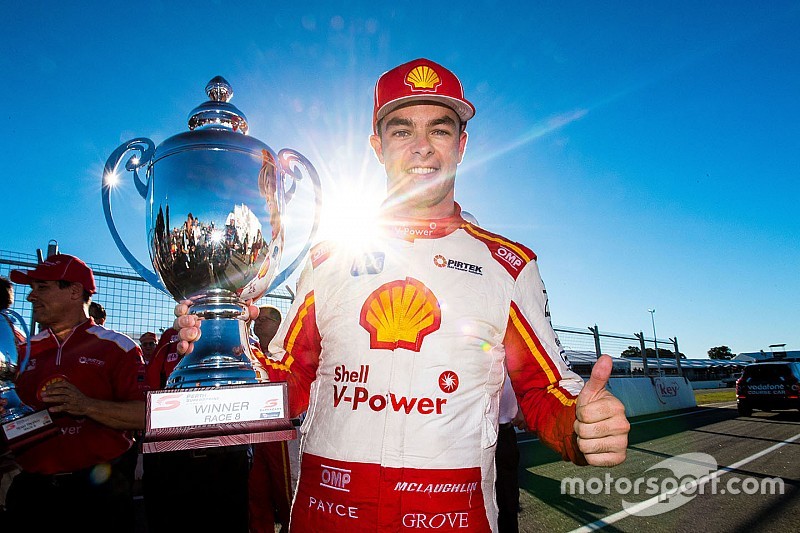 McLaughlin, 23, joined the DJR Team Penske operation for the 2017 Supercars season, breaking through for his first two wins for the team at Barbagallo Raceway last weekend in front of the entire Penske hierarchy, including Cindric and Roger Penske.

The pair of wins came after a fast, but not entirely flawless, start to his Penske career saw teammate Fabian Coulthard jump out to a points lead of nearly 100 points over McLaughlin.

That’s now back down to 31 points, McLaughlin well and truly in title contention along with the likes of Triple Eight drivers Jamie Whincup and Shane van Gisbergen, and Prodrive Racing’s Chaz Mostert and Mark Winterbottom.

Reflecting on McLaughlin’s transition into the team, and his relationship with Fabian Coulthard who joined a year earlier, Cindric told Motorsport.com that it reminds him of Penske’s CART/IndyCar line-up from 2000.

“It actually reminds me of when we had Gil de Ferran and Helio here in IndyCar; the guy who was 30 and had been in the series for five or six years, and Helio was the new guy learning the ropes,” Cindric said.

“McLaughlin has had more success than Helio had by the time he joined us, but maybe it’s more like 2001 after Helio had won a couple of races in his first season with us.

“They’re both fast but one is more experienced, the other one more up-and-coming, and inside the team they just work well together, like true teammates, feeding off each other in a positive way.”

Cindric added that McLaughlin’s team player mentality has helped his settle in to life as a Penske driver quickly.

“Scott’s mentality is more about not wanting to let down the team and his guys,” he said.

“It’s not about himself, and that’s great. It’s why people like him. And I think it’s all going to come together for him if he keeps putting himself in the right place.

“His fan following is very understandable because people relate to him really well – he’s forthcoming, honest and humble, and has a very good demeanour about him.”

Brad Jones opens up on survival in Supercars