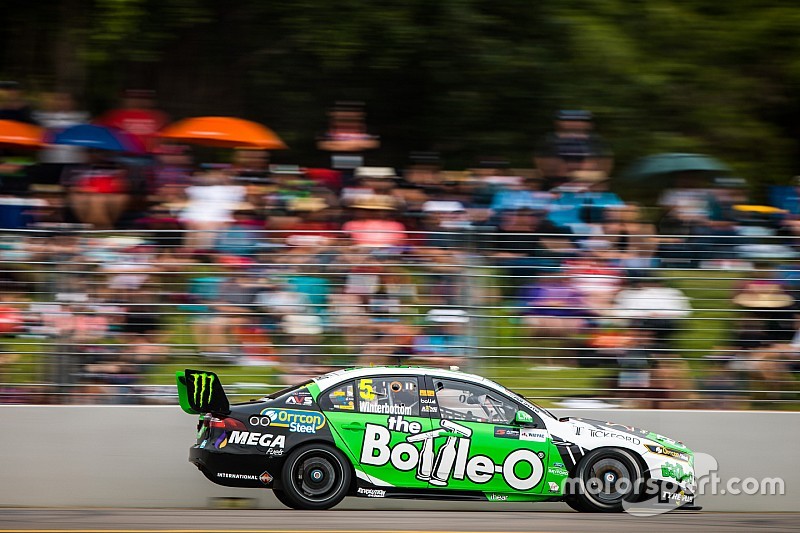 Tickford Racing has confirmed that Lee Holdsworth will race its Bottle-O Ford Mustang for the 2019 Supercars season.

As exclusively reported by Motorsport.com on Monday, the experienced race winner will join Chaz Mostert, Cam Waters, and Will Davison at the four-car Tickford outfit next season at the expense of Richie Stanaway.

His signing coincides with a renewed sponsorship deal with long-time backers The Bottle-O, making it a genuine straight swap with Mark Winterbottom, who departs Tickford to take Holdsworth's seat at Team 18.

“I’m pumped to be teaming up with Tickford Racing and The Bottle-O,” Holdsworth said.

“Even though they feel they had a tough year, I believe Tickford Racing is still one of the best teams in the paddock.

"I’m feeling fit and driving as well as ever, so I’m ready to show what I’ve got. It’s exciting to have the support of The Bottle-O, and I look forward to rewarding them with a great 2019 season.”

Tickford CEO and team principal Tim Edwards added that Holdsworth, a three-time Supercars race winner, is the "right man for the job", despite coming off the back of a tough few seasons with the single-car Team 18 squad.

"We’re rapt to be continuing with The Bottle-O into 2019, and obviously we’re very pleased that Lee will be driving the new Ford Mustang,” Edwards said.

“He’s the right man for the job. He’s a good driver, a good bloke, a good fit with The Bottle-O, and we believe he will bring us great results on and off the track.

"He’s got something to prove in 2019, as do we. We like that he’s bullish about the coming year, and we’re excited to get him on track.”

Holdsworth's signing means Jack Le Brocq will see out the second year of his contract with Tekno, the star rookie having also been in the frame for the Tickford seat.

That leaves two spots at Kelly Racing as the final seats on the 2019 grid to be confirmed, Michael Caruso and Andre Heimgartner both in the frame to be retained, while Super2 regular Garry Jacobson is also in the mix for a main game promotion.

The Supercars career that failed to fire