The robbery at Sandown 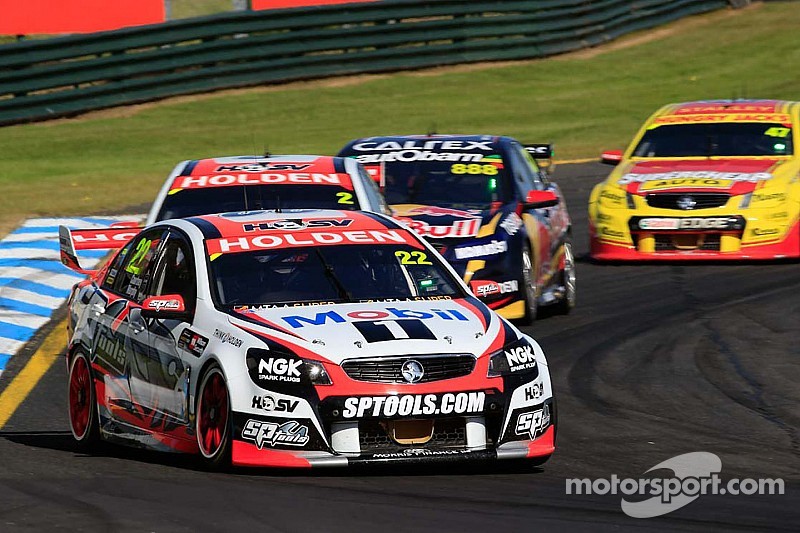 The fans were robbed of what should have been an epic fight for the win.

When the young Volvo star, Scott McLaughlin, secured a top-five start at the Sandown 500 this past weekend, many people had high hopes. McLaughlin’s teammate, Alex Premat, started things off in the No. 33 car and was making excellent progress early on.

Despite a fierce battle with David Reynolds, Premat kept the Volvo in good working order and towards the front of the pack.

A safety car on Lap 44 changed all of that. Most of the field shuffled down pit lane including Premat for one of their four compulsory pit-stops. What started out as a standard pit-stop turned into a disaster, however. As Premat completed his stop and began to exit the pit stall, he found himself blocked by Oliver Gavin (teamed with Nick Percat) who had stacked up and was waiting for his pit stall to clear.

Premat was forced to wait for Gavin to move forward and the incident was extremely costly. Against all primal rage-induced instinct (and his co-driver’s better judgment), Premat didn’t give Gavin the bumper which would’ve resulted in a massive pit lane incident, a penalty and damage to the car.

No penalty was issued for Gavin who clearly had room to move up. When it was all said and done, Premat exited pit lane in 14th position.

After some awesome progression and a driver change, however, the No. 33 crew would complete the event in eighth even after getting a punt from Chaz Mostert towards the end of the race.

It wouldn’t be difficult for one to speculate that Scotty and the Frenchman could have easily finished in the top-five. Given their pace, this writer believes that they could have possibly challenged for a podium finish by the end of the race.

They were effectively robbed.

Another “incident” which had this American up in arms was the restart on Lap 140. Jamie Whincup and his teammate, Paul Dumbrell, had performed flawlessly all day and the results thus far were evidence of such. However, a late caution as the result of a horrific crash by Lee Holdsworth caused Whincup’s lead to vanish as the cars formed up for what was the final restart of the race.

There was only one problem: or three problems, to be accurate.

There were three lap cars between Whincup and James Courtney who was in second.

Russell Ingall, Jack Perkins and Robert Dahlgren held up Courtney’s charge and, more than likely, robbed the fans of what would’ve been an epic battle between two powerhouse drivers. Once Courtney finally cleared the lap traffic, he was several seconds behind Whincup and had no chance at challenging for the win.

Not only were the fans robbed, but I believe that Courtney was as well. A strong run all day from himself and his co-driver, Greg Murphy. Courtney had pace on Whincup towards the end, albeit that he was several seconds back. If the lap traffic hadn’t been in the way, I firmly believe that the outcome of the event could’ve possibly been different.

Put them in the back where they belong

But, this is racing. And like all forms of professional motor racing, drivers are often subject to outdated and ineffective rules which have no place in competitive motor sports.

Were those three lap cars trying to get their lap back? Yes.

Were they going to get past Whincup in order to do so? No.

From my point of view, the lap traffic should’ve been shuffled back into their proper positions for the restart. Either that or they should’ve had the class to get out of the way of the leader pack by pulling off to the side at the green flag.

In closing, I’ll confess that I still love V8 Supercars and nothing will change that. However, with the return of Marcos Ambrose in 2015 and the arrival of Team Penske, the category is about to get the most media attention it has possibly ever had. My only hope is that the ridiculous regulations such as the ones listed above don’t rob the fans of the championship battle which they’ve been waiting to see.

On the record: Ambrose, Penske, Johnson