The contenders for Supercars enduro glory 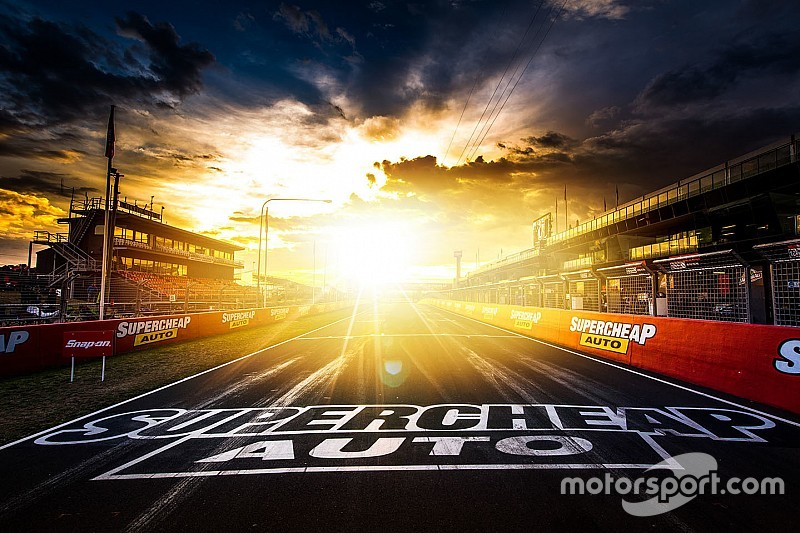 The Supercars enduro season is here. Who's in contention for long-distance glory? Who will be making up the numbers? We rate every team and every driver combo in the field.

Despite being haunted by a bizarre string of poor results at Bathurst over the past few years, this is still got to be considered one of the pairs to beat across the enduro season. Triple Eight seems to have hit its straps in terms of car speed, and 900 points spread over the next four races represents Whincup's best chance of closing the 362-point gap to teammate Shane van Gisbergen. A 'nothing to lose, so much to gain' attitude from Whincup could make for some interesting viewing.

Another pair that could win any of the long-distance races. After a little slump in 2017 van Gisbergen is back to his absolute best, and the T8 Commodores have speed to burn based on recent outings. You could put a question mark over rookie co-driver Earl Bamber, but early signs such as his wet weather speed in practice at Winton suggest he's acclimatising comfortably to Supercars.

You just can't rule these guys out. Lowndes is enjoying an upswing in form compared to 2017, and Richards will do exactly what he needs to do to keep the #888 in the game. It's a final enduro season for the veteran pair before Lowndes joins either Whincup or van Gisbergen next season, and you'd do worse than to bank on a seventh Bathurst crown for Lowndes and a fifth for Richards.

Given that Coulthard has struggled to match teammate Scott McLaughlin on outright pace so far this season, the best chance for the #12 to snare a win will probably be Bathurst, where being the fastest doesn't always matter. Coulthard has a quick and dependable co-driver in D'Alberto. Certainly wouldn't be considered shock winners at any point over the next four races, but at the same time will need some things to go their way to beat the Eights and #17.

Right up there in the favourites stakes. McLaughlin is simply mega over a lap at Bathurst, and while Premat rocks up with so little racing experience each year, it never seems to really matter. In Motorsport.com's opinion, this will be the pair to beat at all three events – especially Bathurst.

A super experienced pair that would never be considered shock winners at any point during the long distance races. But, based on Tickford's rollercoaster form so far this season, it's difficult to put them right up there with the favourites.

Waters dominated the Sandown 500 last year, so should at the very least have a decent starting point in terms of set-up this weekend. But, as is the case with all four Tickford cars, the team's inconsistency so far this season makes their form so difficult to predict.

What a line-up. If it wasn't for Tickford's 2018 form, you'd have them right up there as favourites. This is the team's best chance of getting a result at some point over the next four races. Wouldn't even rule out a second Bathurst crown for Mozzie.

Stanaway was brilliant at Sandown last year, and held his own at Bathurst as well. However that was with Waters leading the way on set-up. This time he has to go his own way, and a difficult start to life as a full-time Supercars driver can't have done his confidence all that much good. The extremely experience Owen should be a calming influence for the #56 crew, and Stanaway having experience at the upcoming events will help too.

There have been some signs of speed from Heimgartner so far this season, and his cameo appearances for Brad Jones Racing at Bathurst and the Gold Coast last year were impressive. Still, it's hard to see these guys as much more than a decent shout for the Top 10 on a good day.

Kelly is in vintage form this year, relishing the more consistent signs of competitiveness from the Altima package. On paper Jacobson doesn't seem like a superstar signing, but the former Super2 champ was a genuine standout alongside Jason Bright at Mount Panorama last year. Wouldn't bet the house on it, but at somewhere like Bathurst, stranger things have happened.

More often than not Caruso is able to match Kelly on outright pace, which means if the Nissans discover some set-up gold, he should be in with a shot. He and Fiore are one of the enduring partnerships in the enduro field, and running a Nissan in Super2 this year means the co-driver comes in match fit. Podiums wouldn't be a shock.

While circuit knowledge has been an issue elsewhere on the Supercars schedule for de Silvestro, Bathurst is the one place where de Silvestro has proper experience. This will be her fourth visit to Mount Panorama, and the top half of the field in terms of lap speed has to be her target. A Top 10 Shootout spot would be like a win.

These guys finished second at Bathurst last year, and the WAU Holdens seem more sorted this season. Still, there are questions over consistency. If conditions are cool – very possible at Sandown and Bathurst – Pye and Luff could well be in podium contention again.

Much the same as car #2. Courtney and Perkins have combined for enduro glory before (Gold Coast 2015), and if the car is in the window then both are capable of landing on the podium again.

There's not a whole lot to say about the two lead BJR entries. They've hung around the top end of the midfield all season, and on genuine pace it should be the same story for the enduros. Percat is a Bathurst winner and Jones is a Super2 frontrunner, so the driver line-up in #8 is decent enough. But going deep into the Top 10 seems unlikely without some extenuating circumstance.

You could almost copy and paste the copy from the #8 preview. Decent enough driver line-up, a team that shows flashes of speed (particularly at Bathurst), but unlikely to challenge on outright pace alone.

Blanchard has done well to secure Wood as a co-driver. Given he only stepped out of a full-time seat last year, is doing well in a competitive Carrera Cup field, and is always quick at Bathurst, you'd have thought he may have landed an enduro drive a little higher up the grid. Anything in the Top 10 at any point would be a good result for the third BJR entry.

Reynolds and Youlden are the reigning Bathurst winners. And Reynolds is better-placed in terms of car speed this year than he was a year ago. That 2017 Bathurst win was far from a fluke, and both these guys were quick at Sandown last year too. Expect them to be a factor throughout the Season of Endurance – and don't rule out them going back-to-back at Mount Panorama.

De Pasquale has been quick in his rookie season, but made a string of recent mistake that has left him under a bit of pressure. A solid, safe enduro campaign – something De Pasquale is more than capable of – will ease that pressure. Co-driver Will Brown has been quick in almost everything he's raced, although he has struggled in Super2 this year. Big chance to prove he's up to the task in Supercars hardware.

With arguably the best racecraft in the category, Tander always ends up being a factor during the long-distance races. The GRM Holdens aren't exactly flying at the moment, but you'd never write GT's podium chances off at either Sandown or Bathurst. Pither is a top-quality co-driver capable of doing what's required to keep Tander in the game.

It's not been the easiest of rookie seasons for Golding, but he's at least got decent experience at the long-distance races. Realistically he and Muscat probably won't be factors for the podium without something crazy happening.

The single-car outfit always has terrible luck at Bathurst. Even if things go there way, you wouldn't expect much beyond the back end of the Top 10 on a good day based on outright speed. At least the driver line-up is a winner, the team having made the tough call to bench the inexperienced Matt Brabham and make a late play for veteran Bright.

Le Brocq has shown flashes of speed in his rookie season, but the question mark hangs right over Webb's race fitness. He looked rusty last year, particularly in what was ultimately a spectacular clash with Todd Hazelwood at Sandown. Top 10s aren't out of the question, but difficult to expect much more than that.

Rookie Hazelwood is back in the familiar surrounds of his VF Commodore for the long-distance races, having struggled to adapt to life in the Penske Ford earlier this season. There are signs that he deserves his spot on the Supercars grid, but running as a single-car team, with an enduro rookie of a co-driver, means results will be hard to come by across the endurance rounds.

Will Davison and his ex-Tickford Ford have shown up in the Top 10 more times than many would have predicted this season. He's a top-level driver, and brother Alex is a neat fit as co-driver. They've set themselves the target of a podium together – building on their fourth at Bathurst for Erebus in 2014 – and while it won't be easy, and will require a little luck, it's far from out of the question.