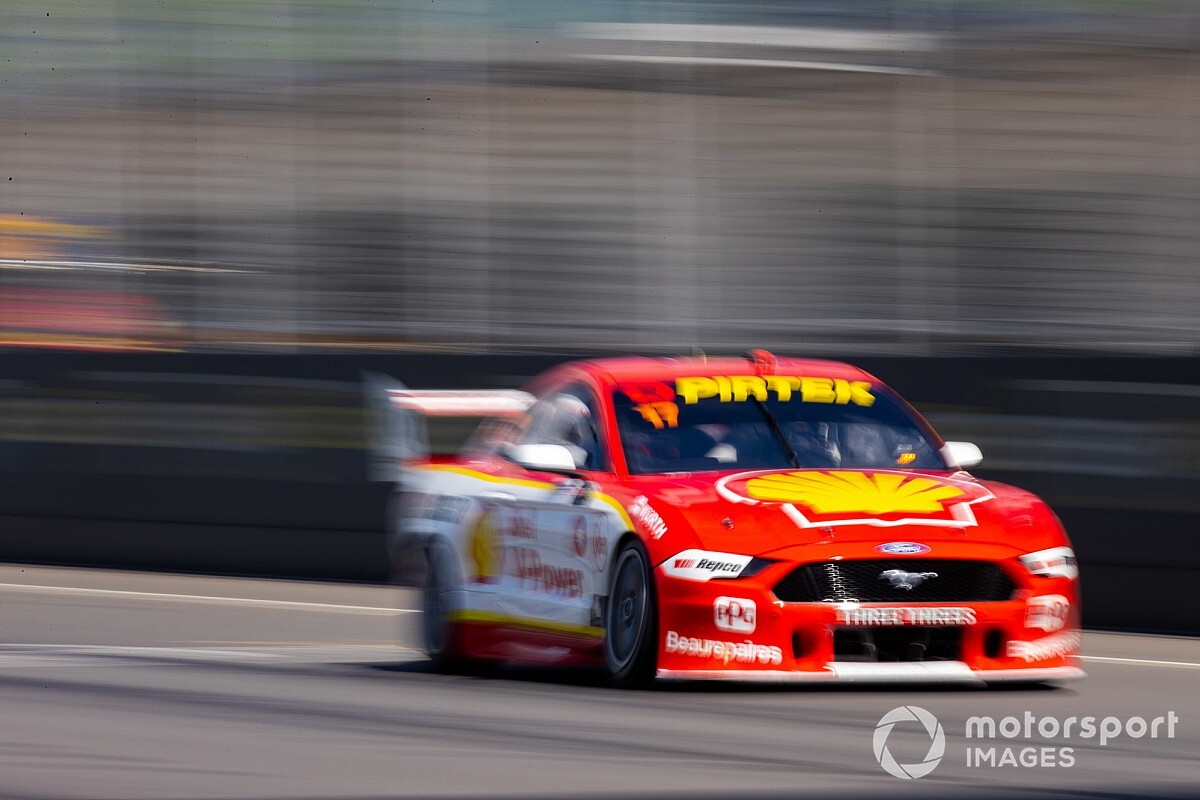 Scott McLaughlin pipped Chaz Mostert by just under a tenth in the second Supercars practice session at The Bend.

McLaughlin ran green tyres quite early in the session, the benchmark time – a 1m15.201s – coming just eight minutes in to the half-hour hit-out.

He then went for a second qualifying simulation later in the session, but despite a purple first sector was unable to match his earlier time.

"That's one thing we've brought on since Townsville," said McLaughlin about running two sets of greens. "We need to get comfortable with our qualifying, knowing that we need to qualify at the front and that's half our job done.

Mostert ended up second by just 0.09s, his time also coming earlier in the session after he ran wide at the last corner on his final qualifying sim.

It was a quiet showing from the Triple Eight Holdens, meanwhile, title contender Whincup the best of the Red Bull cars down in eighth.