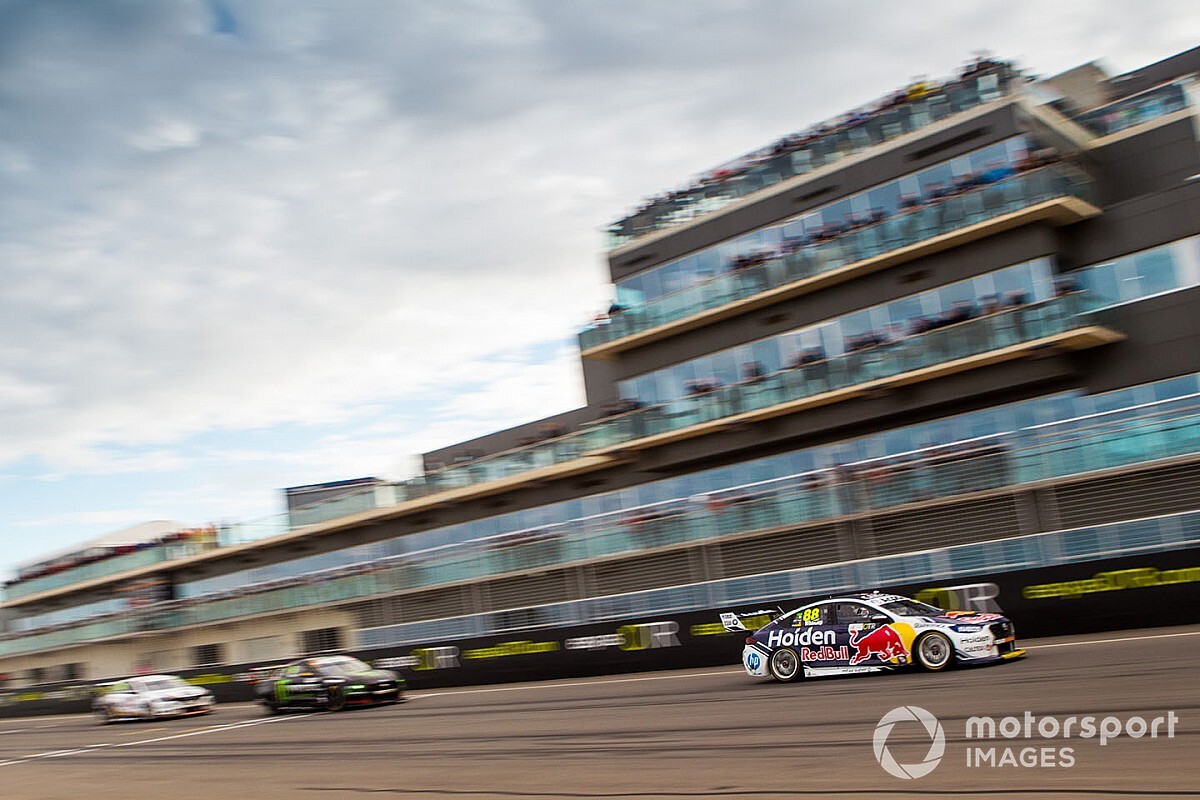 The Bend Motorsport Park managing director Dr Sam Shahin is willing to put his spat with Supercars aside and form a hub for the series, as a fresh coronavirus outbreak threatens the current revised schedule.

The South Australian circuit was left off the latest version of the 2020 calendar, unveiled last month, in favour of Sandown Raceway in Melbourne, sparking a scathing open letter to Supercars from Shahin.

Since then, however, Australia's COVID-19 picture has changed drastically, with Melbourne back to Stage 3 restrictions and all Melbourne-based teams out of Victoria and on the road indefinitely due to a fresh outbreak in the state capital.

While the current six-week lockdown in Melbourne will be over before the scheduled date for Sandown, September 19-20, its understood Supercars is looking at other options for that event.

They include Winton in the north of Victoria, or, as first flagged by Motorsport.com, a reprieve for The Bend on its original date.

Despite the recent spat with Supercars, Shahin says The Bend is 'willing and able' to welcome Supercars back in the coming months – and perhaps not just for a single sprint round.

He says the on-site hotel and holiday park opens the door for The Bend to become a hub, where multiple rounds could be held in quick succession to ensure a 2020 season can be completed.

“The Bend is ready, willing, and able to step up and assist at short notice should Supercars require additional rounds this year, in light of the current situation in Victoria,” Shahin told The Race Torque.

“We have the ability to make the Rydges Pit Lane hotel available to the teams and the garages and our broader facilities are there for them to operate out of for as long as required.

“We have all the provisions in place to provide the social distancing or complete isolation of the teams from the public if required.

“The track itself is ready to go and if they wanted to run multiple rounds in quick succession, they could do that as well – using different circuit layouts if they wished.

“We have no doubt that South Australian motorsport fans would welcome Supercars back to The Bend this year.”

The five Victorian teams have all relocated to New South Wales after a dramatic border run on Monday evening.

Most are already set up at Sydney Motorsport Park ahead of next weekend's round, while Kelly Racing has based itself at the Kelly family farm in Mildura.

It's currently not clear how long the teams will need to stay out of Victoria, however it's likely to include the upcoming trips to Darwin and Townsville.

It could even be extended to take in The Bend should that plan come to fruition.