James Courtney set the pace in the first full Supercars practice session held on the West circuit at The Bend. 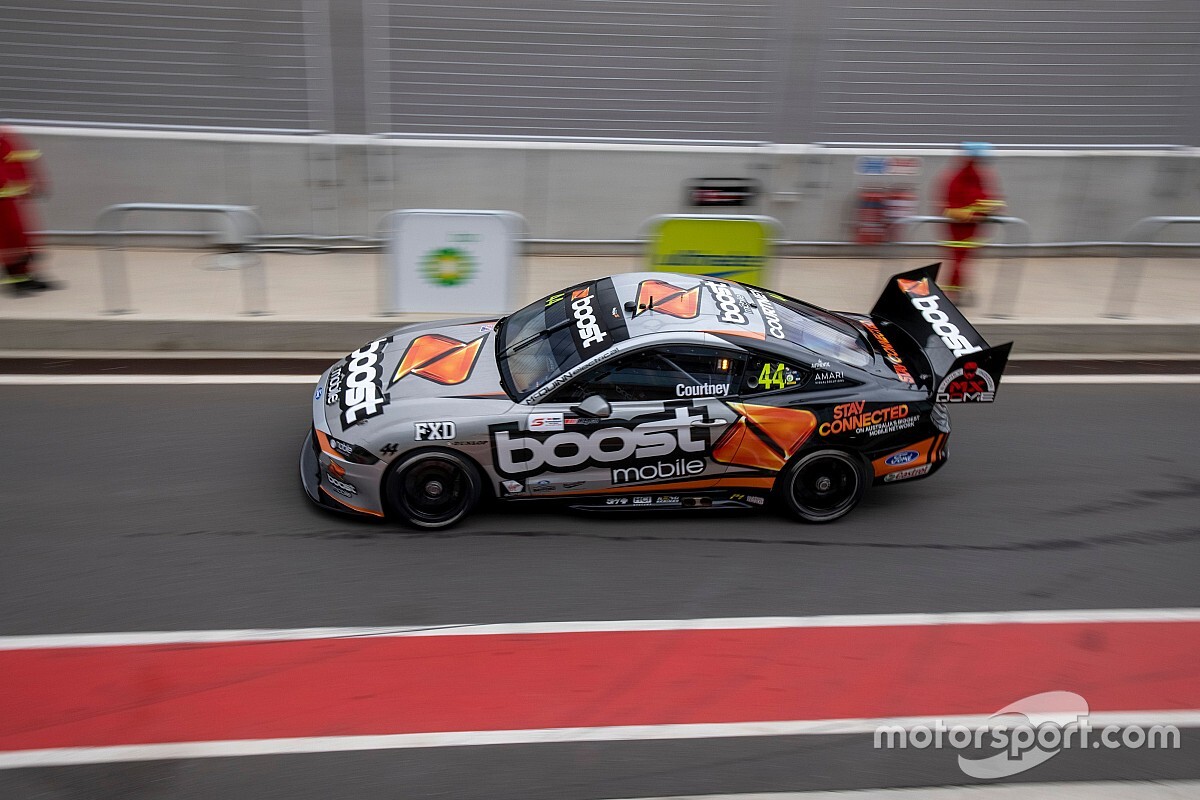 For much of the field it was a first proper look at the 3.4-kilometre version of the track, which features a hairpin of sorts at Turn 6 and then re-joins at what is the run to Turn 14 on the International layout.

The new Turn 6 saw a number of different approaches, with reports drivers were split between using first and second gear.

Courtney wasted little time getting up to speed, the Tickford driver going quickest with a 1m15.482s on just his fourth quickest lap.

That time proved unbeatable, too, helped by the session being cut 90 seconds short courtesy of Bryce Fullwood's Walkinshaw Holden stopping on track.

The closest anyone had got to Courtney before the red flag was Scott McLaughlin, the points leader going within four-hundredths with 10 minutes to go.

Nick Percat was seventh, his session including a late spin on the way out of Turn 1, with Andre Heimgartner and Jack Le Brocq eighth and ninth respectively.

Anton De Pasquale was 10th fastest despite only completing six laps, the first part of his session lost to an electrical gremlin that saw him bring out an early red flag when he stopped on track.