The Bathurst winner who almost slept through the finish 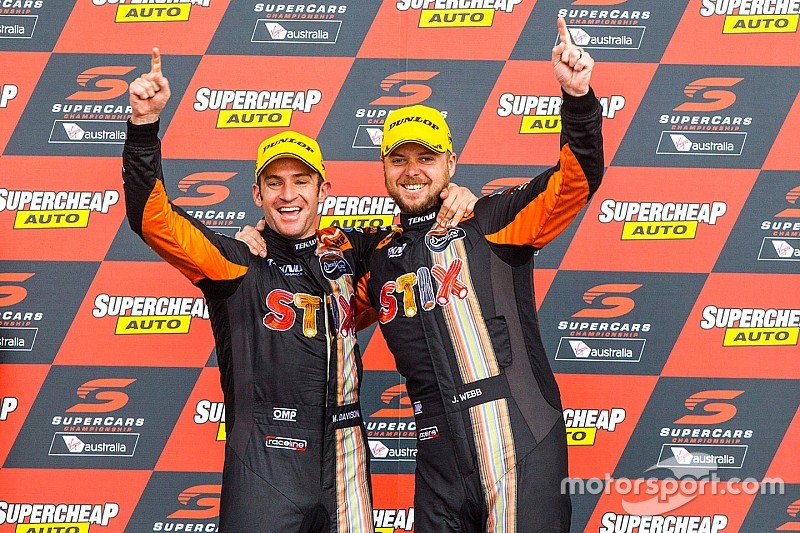 Jono Webb couldn’t watch the closing stages of the Bathurst 1000, worried that a repeat of his 2014 heartbreak might leave him devastated for a second time.

With the heartache of that missed opportunity fresh in his mind, Webb admits the closing stages of this year’s Great Race – which saw he and Will Davison take a thrilling victory – were difficult to watch.

The TV telecast showed he and his family hanging around the paddock rather than the garage in the closing laps, Webb even getting some sleep as he tried to keep his mind off the race.

“I definitely wasn’t in the garage. It wasn’t somewhere I could be, I knew I couldn’t influence anything that was happening in the garage,” explained Webb when asked about the tense final stint.

“So I grabbed my wife and my little boy and sat in the truck, watched it all on TV, and tried to chill out. I didn’t know if we were going to make it on fuel for a long time at the end. I didn’t know what was going to happen. To be honest I actually went to sleep for a bit.

“My wife woke me up when all the drama happened with [Scott] McLaughlin and [Garth] Tander, that sort of grabbed my attention again. I got up and about.

“I controlled my emotions in 2014 very well when we were leading the race. We were so close, I thought ‘this is it, we’ve got the race’. So the last thing I wanted to do is get myself in that position again, in case the disappointment came.

“Thankfully it didn’t. We won it. And here we are, smiling.”

While Davison and Webb are, as it stands, the Bathurst winners, the result continues to hang in the balance of a protest from Triple Eight Race Engineering.

Davison and Webb both said yesterday that they aren’t fussed by the penalty, and don’t expect the Red Bull-backed team to have a case.