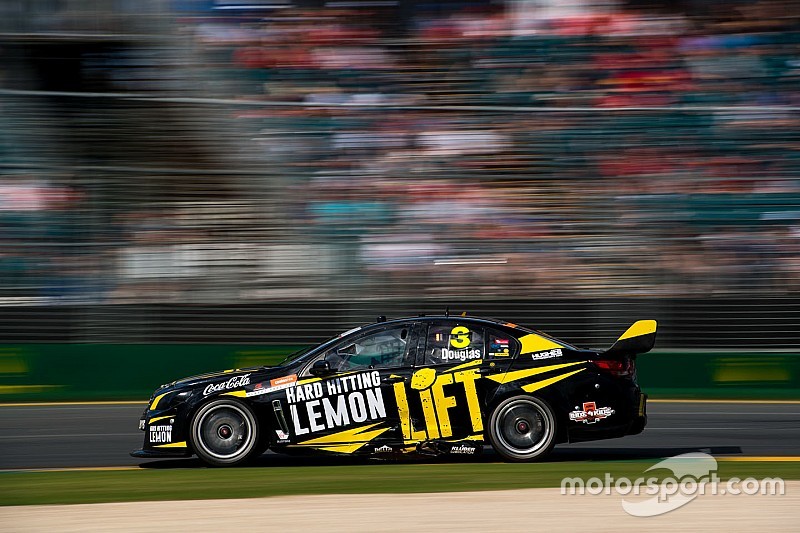 Super sub Taz Douglas says he’s happy to continue as a stand-in driver for LD Motorsport for as long as he’s needed.

Douglas was a last-minute addition to the Supercars field at the Clipsal 500 – as first reported by Motorsport.com – drafted in by LD Motorsport just two days before on-track action started after the team’s signing Matt Chahda was refused a CAMS Superlicense.

Despite zero preparation the former Nissan enduro driver did a solid job on the streets of Adelaide, and was recalled again for the non-championship round at Albert Park last weekend.

Knowing that he could be replaced by a driver bringing a budget at any time, Douglas says he’s no working on a week-to-week deal with the team. In other words he’s ready to go if required at Symmons Plains and beyond, but also happy to step aside if the team comes up with a solution that works better financially.

“I’ve told [team owner] Lucas [Dumbrell] that I’m good to go for whenever he needs me,” Douglas told Motorsport.com.

“Obviously if somebody else comes along and he wants to do a deal with them, then that’s fine. But as long as he needs me I’m ready to go.”

Douglas added that his race fitness is constantly improving, having been thrown in the deep end at Adelaide with a cool suit failure on Saturday and a Safety Car-less race on Sunday – all coming after he did no physical preparation in the off-season, instead focussing on his demolition building.

“Every time I hop in the car I just do my best,” he said. “The fitness is coming. Obviously Adelaide was a big one, particularly on the Sunday without any Safety Cars. Anything after that seems pretty easy.

“I reckon Phillip Island would be pretty tough; 250 kays around there would be tough physically. But doing races is the best way to get race fit.”