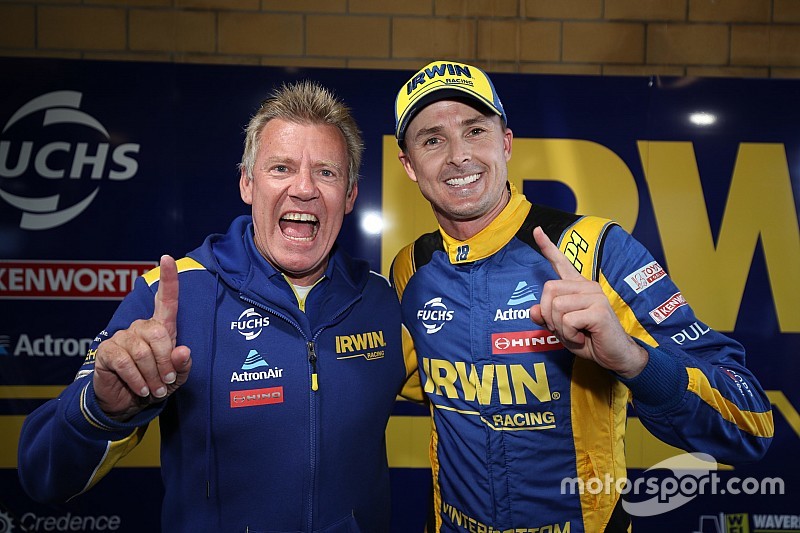 Mark Winterbottom took his first Supercars pole as a Holden driver at Symmons Plains, while a spin saw Jamie Whincup bundled out of Q2.

Having cruised out of Q2, the former Ford hero was second quickest after the first runs in the crucial third segment of qualifying.

He then charged to the top with an impressive final run, breaking a 1000-day pole position drought that extends back to 2016.

"It’s awesome. I’m a bit emotional, it’s been a while," said Winterbottom.

"I’m super pumped. I’m so proud my guys, I’ve worked so hard. We’ve been building which has been really nice.

"We’re a small team, but I think we can do special things and this is just another achievement.

“I came here because I saw a good opportunity. I’m enjoying my racing, I’m loving working for this team.

"When you do things like this you can see what it means. They’d never had a pole before and I can contribute to that, hopefully we can get their first trophy.

"Sometimes when you get results week in, week out and walk up to the podium, you can take it for granted.

"But when you haven’t had it for a while and have a team around you who are looking for their first, man it’s a kick in the backside to go and get it."

Scott McLaughlin will start on the outside of the front row, the reigning champion – suffering from a cold – forced to do his business on his second run in Q3 thanks to a mistake on his first.

Shane van Gisbergen ended up third despite not improving on his second run, followed by fellow Kiwi Fabian Coulthard.

David Reynolds and James Courtney will share the third row, while Tim Slade, Anton De Pasquale, Lee Holdsworth and Cam Waters rounded out the Top 10 after coming all the way from Q1.

Whincup was the big scalp in Q2 thanks to a costly spin at the hairpin.

The Red Bull Holden driver dropped a right-rear wheel on the way into Turn 4, which left him bogged in the gravel.

The resulting red flag meant he was ruled out of the remainder of the session and will therefore start from 15th.

"I just locked the rears under brakes," he said.

"There’s not much run-off there, I tried to spin the car to stay out of the dirt but couldn’t quite manage it.

Chaz Mostert missed out on Q3 as well and will start 11th, followed by Nick Percat, Will Davison and Todd Hazelwood.

Scott Pye was the real hard luck story, missing the cut to get out of Q1 by literally nothing.

He and Percat were matched to the ten-thousandth in fifth and sixth in the first 10-minute session, the BJR driver progressing while a dejected Pye was left stranded back in 16th.

"I don’t think I’ve qualified anywhere near the 10. We’ve taken a big step backwards since last year and we’ve got to change.

"We’re not happy. We want to be winning and at least contending for a minimum top five but we’re not there."