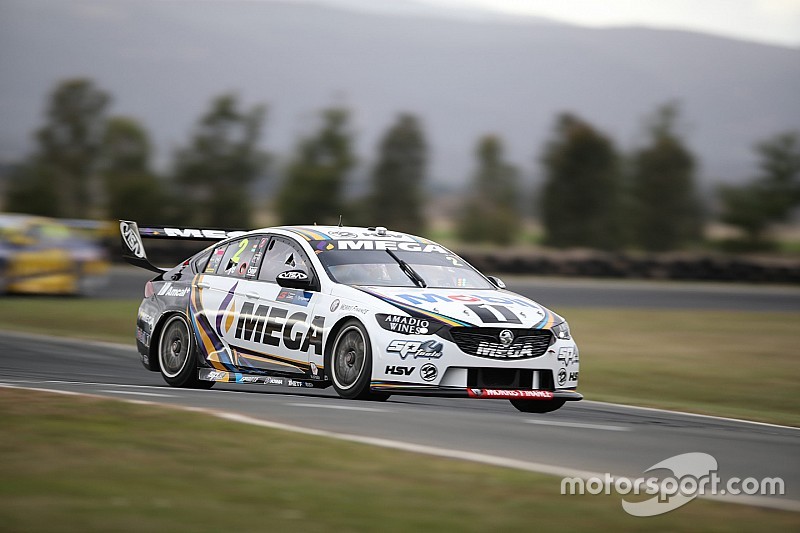 Luff went quickest with four minutes of the half-hour session to go, his 51.064s putting the #2 Walkinshaw Andretti United Holden on top.

That time dropped Tander – Luff's former Holden Racing Team co-driver – down to second, Red Bull Holden's big off-season signing having sat on top for the majority of the session thanks to an early 51.267s that was lowered to a 51.197s at the halfway mark.

Will Brown was a late improver to end up third quickest in the #99 Erebus Holden, Tony D'Alberto leading the way for the Mustangs with fourth in the #12 Penske Ford.

Craig Lowndes slipped back to fifth having run as high as second earlier on in the #88 Red Bull car, followed by James Moffat (#55 Tickford Ford) and Luke Youlden (#9 Erebus Holden).