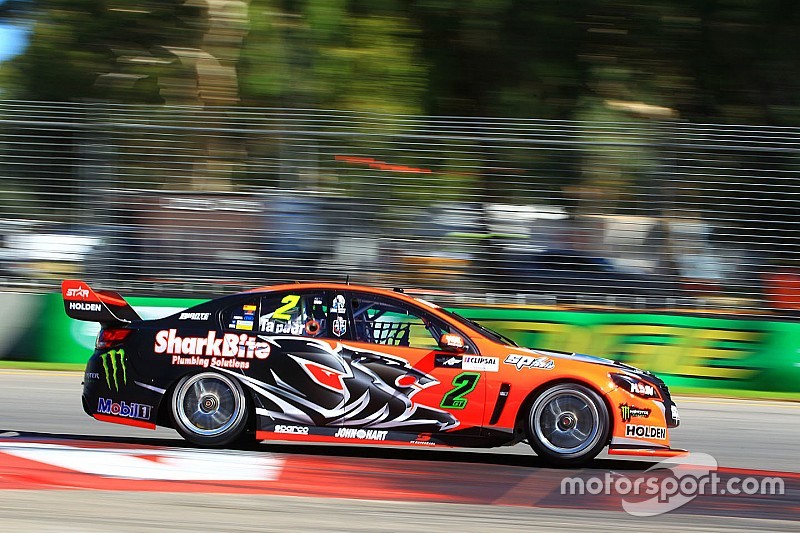 Garth Tander says the biggest gain the Holden Racing Team has made over the off-season is that its Commodores are more responsive to changes than before.

Tander’s team-mate James Courtney praised the new-look HRT/Walkinshaw squad after winning Saturday’s second race in Adelaide, claiming that he wouldn’t have been able to withstand the same late-race pressure from Jamie Whincup had he been in a 2015-spec car.

After finishing Sunday’s wet and wild race in second, Tander agreed with Courtney’s comments that the 2016 package is a significant step forward, explaining that the biggest step forward is its response to changes.

“The big change from the car we had last year for the majority of the year is that when we make a change, we can actually feel the change,” said Tander. “And we can continue to develop the car.

“The work the team has done since Homebush last year, before the test, has enabled us to continue to tune the car, whereas last year it was like trying to work in the dark – you couldn’t see what you were doing.

“I think the car is an improvement; I was disappointed not to be in the Top 10 [on Sunday] but we were fast enough to be in there.”

Before the team gets ahead of itself, however, Tander says it needs to assess how the car performs at the next few rounds – particularly given that short corners of the Adelaide street circuit generally suit the Walkinshaw Commodore set-up anyway.

“The proof will be in the pudding. We always go well [in Adelaide],” he said.

“But certainly I can the light at the end of the tunnel starting to shine a little brighter.”