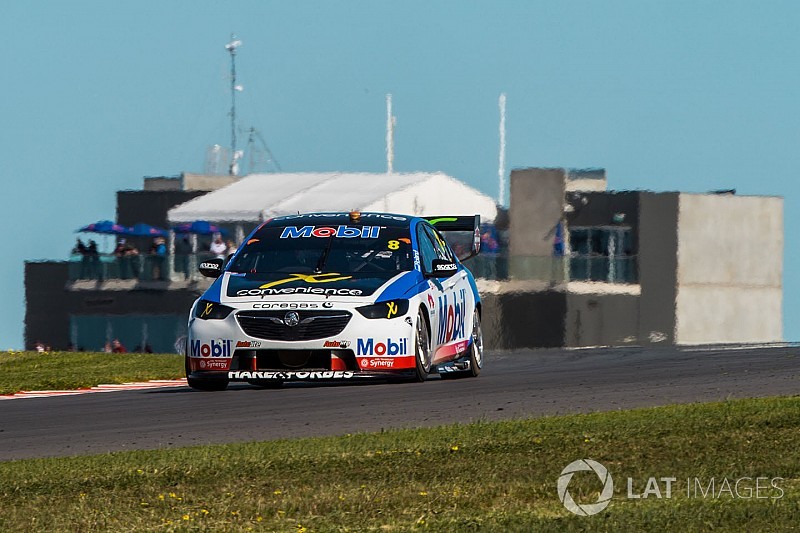 Nick Percat recovered from an eventful Friday at the track to post the fastest time of all in FP3.

Under blue skies, the third practice session of the weekend got underway from The Bend Motorsport Park on Satuday.

Jamie Whincup was the first to post a flying lap at 1:50.62 seconds, but Nick Percat was soon able to better the fast time to a 1:50.50. Whincup later found himself off in the grass at Turn 9, but he was able to carry on without further incident.

The majority of teams opted to make longer runs until the end of the 45-minute practice, but no driver ran more than a total of 15 laps.

The benchmark was lowered throughout the session with Percat reclaiming the top spot in the closing minutes, completing the course in 1:49.5892 seconds. Mark Winterbottom was second, Chaz Mostert third, Tim Blanchard fourth and Andre Heimgartner rounding out the top-five.

As the checkered flag waved to end practice, James Courtney had a big off at Turn 9, but he was able to avoid sustaining any major damage.

Championship leader Scott McLaughlin had an eventful session, running off course and through the gravel. He would end the session 12th. His main title threat Shane van Gisbergen, who holds the fastest lap of the weekend (1:48.7499 seconds in FP2), clocked in sixth.