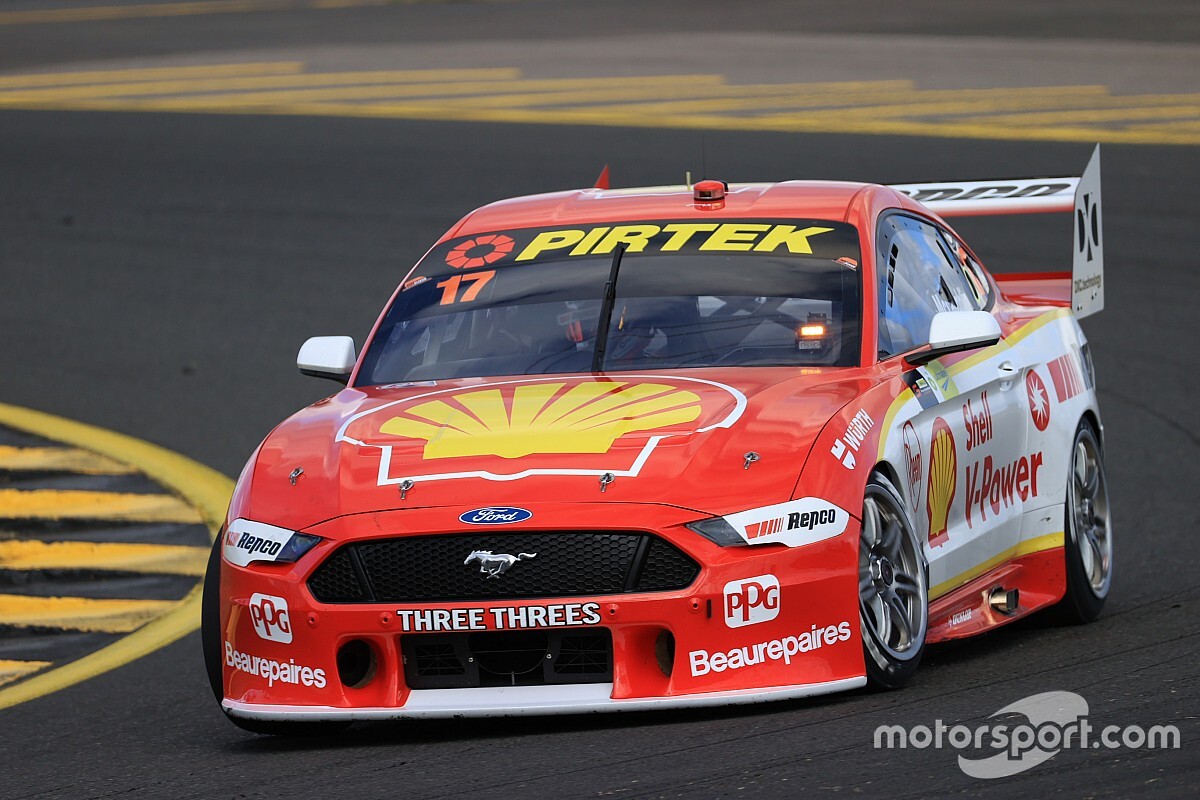 The two Kiwis staged a yo-yoing battle across the 32 laps, McLaughlin twice pulling a decent lead and then twice being reeled in.

The pole-sitter was electric in the opening laps of the race, scorching away from van Gisbergen and co.

The lead blew out to as much as 3.5s before van Gisbergen – who had comfortably gapped teammate Jamie Whincup – started to make in-roads. He got as close as half a second before McLaughlin made a stop for four tyres on Lap 15.

Van Gisbergen opted to run longer, the Red Bull Holden driver not stopping until Lap 19. The undercut from others hurt, though, van Gisbergen emerging fifth in the order and more than 5s behind leader McLaughlin.

Four fresh boots made progress easy to come by, though, van Gisbergen swiftly working his way back into second.

He then closed back up to McLaughlin with a few laps to go, the pair staging a thrilling nose-to-tail battle to the flag.

But while van Gisbergen seemed to have the pace, McLaughlin was flawless in defence as he held on for a 0.18s win.

“He’s like a cockroach, you can never get rid of him, he’s always around!," said McLaughlin.

“I knew I was going to be in a little bit of trouble in that last stint, the way he came at me in the first.

“So we’ve got a bit of work to do with how we tune it up but you take them when you can get them.

“It was tough in those last five laps but I did the best I could. It was great race.”

“It was a pretty decent race but every time you get close, the aero wash is ridiculous, so I couldn’t do much with it,” he said.

“We tried to go long and have a better chance at the end but we could him and it just understeered. It’s hard to pass, we need to try something different tomorrow.”

Whincup held off an early challenge from Chaz Mostert to round out the podium, with the Walkinshaw Holden driver coming home a somewhat lonely fourth.

Nick Percat was a solid fifth after overhauling Tickford pair Cam Waters and Lee Holdsworth, who only opted for two tyres during their stop.

"The worst it's been": Calls for less aero in Supercars