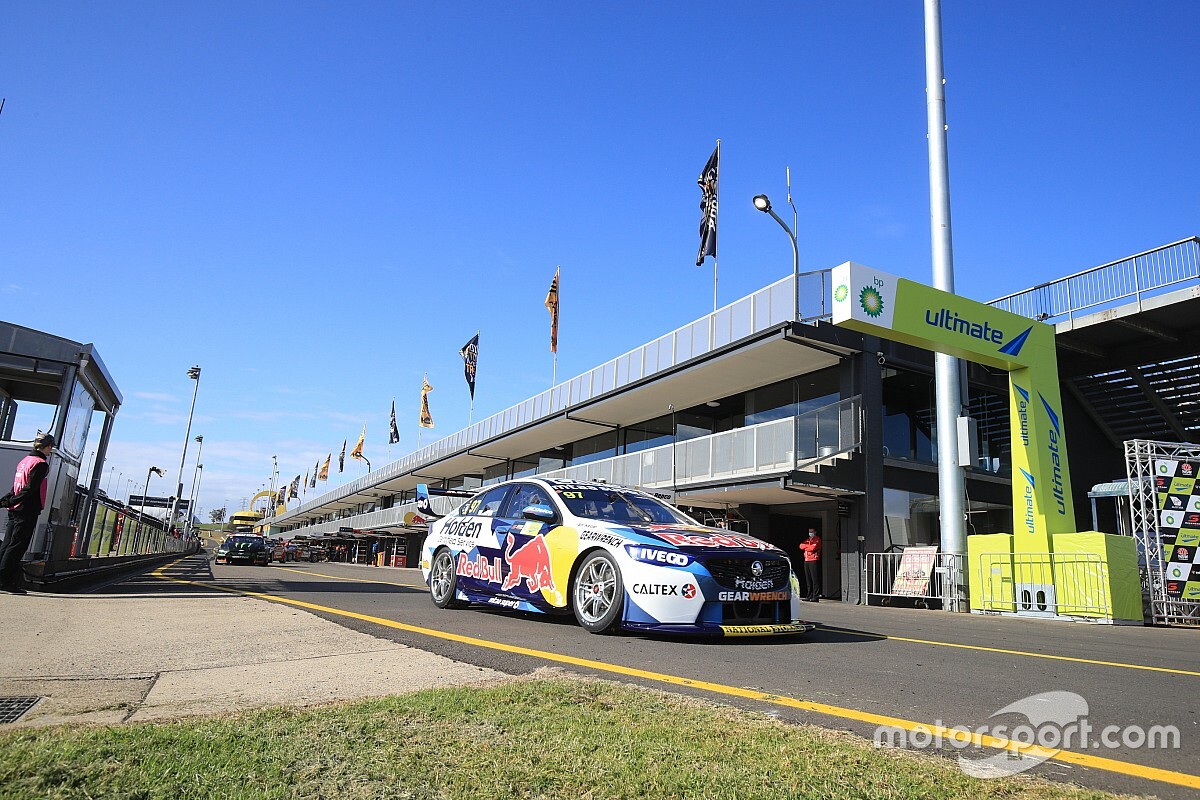 It was a genuine case of last-lap heroics from the Red Bull Holden driver, who spent most of the 30-minute session languishing down the order.

However he delivered with a late run on green tyres, van Gisbergen the only driver to break the 1m29s barrier with a 1m28.917s.

"That was awesome, to get back out there," he said. "I missed that feeling of new tyres and a clean track at the end. That was so cool. It's really good to be back.

"When you haven't driven for so long, the first time you put your foot down it feels so fast. And in the end you want more grunt. I'm just getting used to what I need from the car again and what direction we should go in.

"We got a good run then on new tyres, but old tyres I wasn't very good."

Scott McLaughlin spent the majority of the session on top thanks to a 1m30.172s on his first run, however the Penske driver fell 0.16s short of van Gisbergen on his final green tyre run.

Anton De Pasquale was third quickest, his time coming just inside the final minute of the session, followed by Chaz Mostert, Cam Waters and Mark Winterbottom.

James Courtney spent much of his first session as a Tickford driver sitting second, the 2010 series champ impressing during the longer runs.

However a lock-up at Turn 2 on his green tyre lap at the end of the session ultimately saw him tumble down to 17th.

"I was surprised we were second for that whole first part of the session. It was just as the end there we put on new tyres and I locked a brake. But I'm pretty happy."