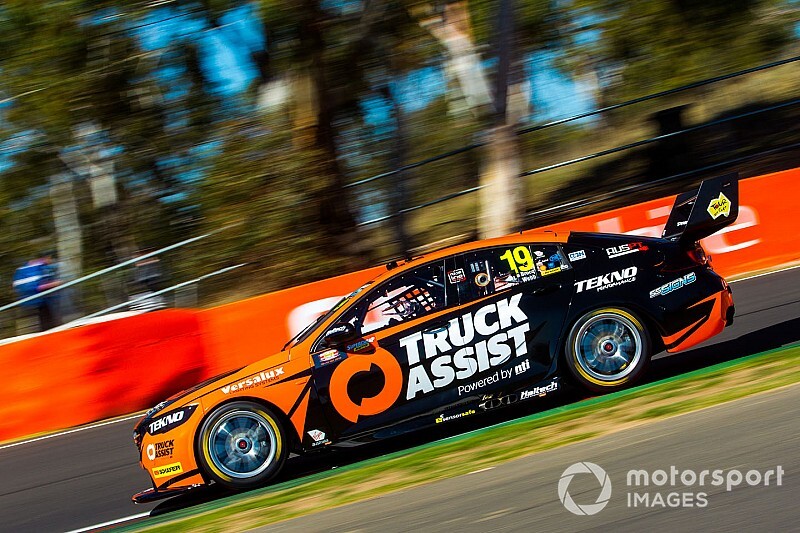 The new Team Sydney squad will be fully unveiled at tomorrow's 2020 Supercars season launch, with Chris Pither set to be named as the second driver.

The 33-year-old New Zealander will join James Courtney in what will effectively be an expanded Tekno Autosport's outfit, re-branded and re-located from Queensland to the New South Wales capital.

Pither first debuted in the Supercars main game back in 2006 for Team Kiwi Racing, however he's only ever had a single full season in the top tier – with Super Black Racing in 2016.

He's spent the past two seasons at Garry Rogers Motorsport in an enduro role, as well as winning the 2018 Super2 title with the team and competing in TCR Australia last year.

The launch comes after a period of uncertainty over the fate of the Sydney project, with little news emerging from the Tekno camp since the initial announcement at the Bathurst 1000 last October.

Tekno boss Jono Webb was understood to be looking at a shared deal with businessman Rod Salmon, which could have seen Will Brown take the second Sydney seat.

However the Webb/Salmon deal didn't go ahead, which led to rumours of a total demise of the Sydney team.

Supercars CEO Sean Seamer, who played a role in bringing the initial deal together, is adamant those rumours were false.

"None that I'm aware of," said Seamer when asked if the project faced any significant challenges over recent months.

"Obviously Jono was going to do it with a partner, then decided not to.

"He's been pushing on the whole time in the background. I'm not sure where the information came to the contrary.

"They've been working really hard behind the scenes on sponsors, drivers and contracts etc, and are pretty happy to be rolling out a car at our launch on Tuesday.

"There's been no change to it. Jono has been in Sydney meeting with sponsors the whole time, it hasn't deviated.

Supercars has already announced the 2020 season car numbers ahead of Tuesday's launch, with the two Sydney cars to run Tekno's usual #19 for Courtney and the #22 better associated with the Walkinshaw outfit on the Pither car.

Walkinshaw Andretti United, meanwhile, will continue with the #2 for Bryce Fullwood, with Chaz Mostert set to run #25.