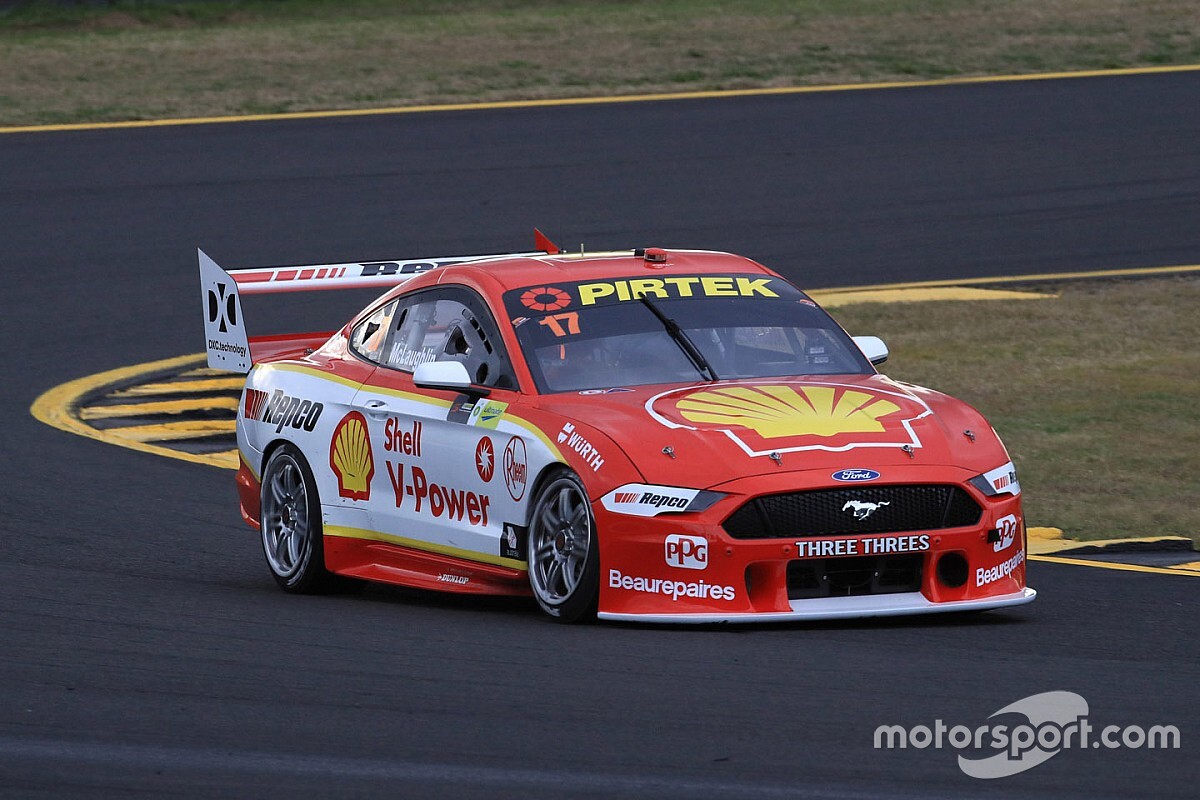 Starting from pole, McLaughlin made light work of the first stint, his advantage over Jamie Whincup blowing out to as much as five seconds.

That changed, at least briefly, around the stops, Whincup pitting on Lap 13 for two tyres, before McLaughlin followed suit for four tyres a lap later.

The longer stop meant McLaughlin's gap to Whincup was cut down to around a second, however the reigning champion was quickly able to use his better tyre condition to pull away.

Holdsworth, meanwhile, was even better positioned in terms of rubber having only taken two tyres on during Races 1 and 2.

The Tickford driver ran deep into the first stint, taking on four new boots on Lap 18. He emerged at the back of the Top 10 and around 10s off the lead, but could quickly cut his way through the field.

But the tyre advantage wasn't quite enough for Holdsworth to get to McLaughlin, the pair separated by 1.5s at the finish.

“The car was so much better on its tyres that race," said McLaughlin.

"I think when everyone sort of evened out with the tyres and where we were, to be able to show our true pace over the long run was really cool. We just got into a rhythm and got going."

Whincup finished a lonely third, with David Reynolds more than 10 seconds further back in fourth.

There was just a single DNF, Fabian Coulthard's Penske Ford rolling to a stop on the penultimate lap.

McLaughlin now leads the series by 49 points over Whincup.