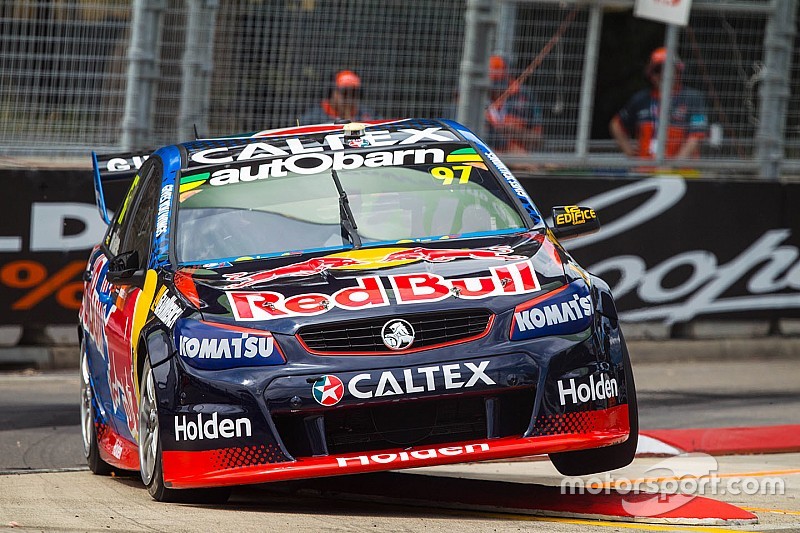 Shane van Gisbergen made a perfect start to a day that could win him the Supercars title, storming to the Race 1 pole position on the streets of Homebush.

The Kiwi effectively set up the pole position at the end of his second run, flying into P1 with a 1m26.683s that left him three whole tenths ahead of the field.

He managed to improve slightly on his final run, dipping down to 1m26.627s, with both laps good enough for pole.

“The car is fantastic, thanks to the team,” said van Gisbergen, who needs to just finish fifth or better today to secure a maiden Supercars title.

“I’m looking forward to this afternoon’s race, it’s been a great start.”

Teammate and sole title rival Jamie Whincup will start on the outside of the front row, improving on his final run to move into the 1m26s and a tenth behind van Gisbergen.

Scott McLaughlin was the best of the Triple Eight cars, making gains on his final set of tyres to bank a 1m26.845s and beat Craig Lowndes – the man he’s fighting for third in the standings – to third.

“I didn’t quite get it right on the second set of tyres, the last set was much better,” said McLaughlin. “It’s such a cool place, I’ve left a few signatures on the walls”

It was a decent session for the Holden Racing Team, with a third row lockout. It was outgoing driver Garth Tander that won the internal battle, beating teammate James Courtney by a tenth.

David Reynolds was impressive in the Erebus Commodore, slotting into seventh ahead of Prodrive Racing Australia pair Mark Winterbottom and Chaz Mostert.

Rick Kelly rounded out the Top 10 for Nissan.

Whincup vows for “hard and fair” title fight in Sydney