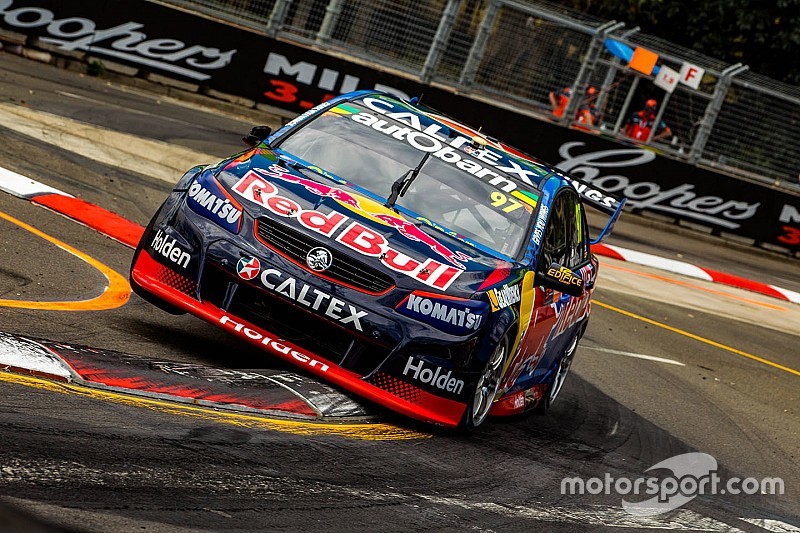 Shane van Gisbergen will run last in today’s Top 10 Shootout after topping regular qualifying on the streets of Homebush.

The newly-crowned champion was just third quickest on his second run, but pulled out a big lap on his third run to go top with a 1m26.951s and ensure he’ll run last during the single-lap Top 10 hitout this afternoon.

The bigger surprise was the man who slotted in behind van Gisbergen, Erebus driver David Reynolds putting in a stunning lap right at the end to finish up second, just 0.03s off the pace, despite giving the wall outside the final corner a decent whack.

“I probably should have quickest but I drilled the fence on the last lap,” said Reynolds. “It’s all good. We’re in the Shootout, that was the main objective.”

Van Gisbergen’s teammate Jamie Whincup was fastest after the second run, but opted to not go for a Hollywood time on his third run, instead simply roading a set of tyres and returning straight to the lane.

It meant he dropped to third, but could have a slight tyre advantage for today’s race.

“I just tried a different strategy, tried to save a set of tyres for the race,” he explained. “I’m third last out for the Shootout, so it shouldn’t be too much different. Most of the Top 10 guys will have a green set, it should be pretty even.”

James Courtney kept the Holden Racing Team’s positive weekend going by finishing fourth, while Scott McLaughlin booked a Shootout spot that may prove crucial in his quest to finish third in the championship, particularly given rival Craig Lowndes will start down in 14th after missing out on a Top 10 berth.

Michael Caruso made a decent gain on his third and final run to grab sixth ahead of Holden drivers Tim Slade and Garth Tander, while Nick Percat was another shock inclusion in the Top 10 with P9 for the minnow LD Motorsport crew.

It continues to be a tough weekend to be racing a Falcon, with not a single Ford making the Top 10. Outgoing champion Mark Winterbottom was the best of the Blue Oval in the Prodrive Racing Falcon down in 13th, while Fabian Coulthard was the best Penske entry in 18th.