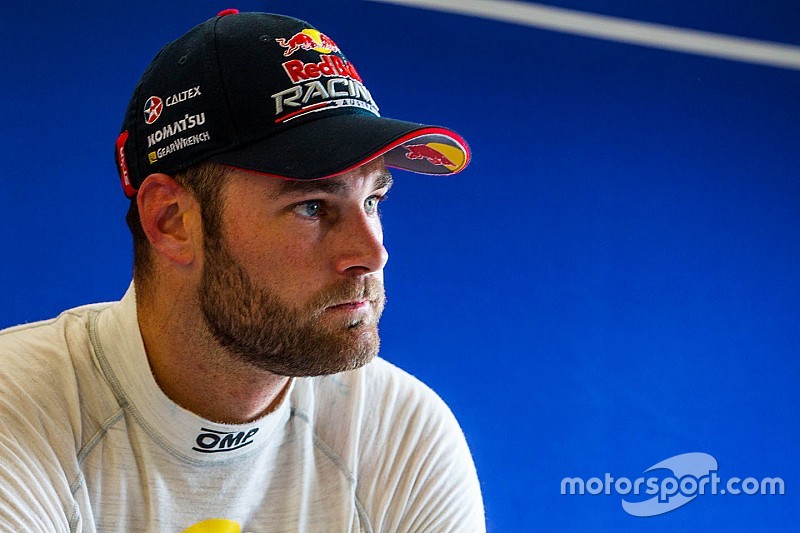 The title favourite made his move during the qualifying simulations at the end of the 40-minute session, scorching to the top with a 1m27.073s despite a small lock-up on his best lap.

“There’s a little bit to work on,” said van Gisbergen, who is looking to wrap up his first Supercars championship this weekend.

“Parts of the track are good, parts are not. The first half track is really good, and then the last sector I was nowhere. It’s a compromise around her with the kerbs and the style of corners.”

Tim Slade slotted into second place, having run near the front earlier in the session before putting in a 1m27.094s right at the end to split the Red Bulls.

“It’s a hell of a lot better than where we were at in New Zealand,” said Slade. “For whatever reason, I’ve always had a half decent run here at Homebush. We’re pretty happy with where we’ve started, fingers crossed it carries through to tomorrow.”

Jamie Whincup – the last man able to overhaul van Gisbergen for the title – ended up in third, 0.168s down on his teammate despite setting the best third sector of the session.

Prodrive Racing’s Chaz Mostert popped up in fourth after making some changes between the sessions, with James Courtney near the pointy end again with fifth in the Holden Racing Team Commodore.

Scott McLaughlin was a late improver to slot into sixth, ahead of LD Motorsport’s Nick Percat, who was third with just 40 seconds of the session to go.

There were two red flags, with Michael Caruso and Chris Pither both collecting Turn 8.

“Struggling with the balance to be honest, I have been for a couple of rounds now,” said Pither.

“The car is no different to how it was at Pukekohe, and I find it quite nervous and unpredictable to drive, especially over the kerbs and the bumps.

“I think we need to look at that to try and improve this weekend. [It’s a] bit disappointing, we’ll try and fix and get out for the next session.”

Whincup vows for “hard and fair” title fight in Sydney