TeamVodafone's Priaulx quickest in Gold Coast 600 test Confidence levels are high for TeamVodafone following a successful test day at Queensland Raceway ahead of this weekend's Armor All Gold Coast 600, which will see the addition of British ...

Confidence levels are high for TeamVodafone following a successful test day at Queensland Raceway ahead of this weekend's Armor All Gold Coast 600, which will see the addition of British driver Andy Priaulx. The European touring car champion and multiple World Touring Car winner will team-up with Craig Lowndes for the endurance event in the #888 TeamVodafone Commodore.

It was wet and windy at QR but the conditions didn't seem to bother Priaulx, who clocked the fastest lap of the day with 1:11.3515secs. Priaulx, who spent most of the day familiarising himself with the car, said he was thrilled to be driving in this weekend's event with TeamVodafone.

"It was a bit wet today so the track has been a little slippery but it was good to be able to get in the car with a fresh set of tyres," Priaulx said, "The car feels great and I'm really enjoying driving with TeamVodafone."

"I'm well aware of the big challenge ahead of me. I've never driven the Surfers Paradise circuit before and I've done very limited mileage in the car. It's going to be tough but I hope I can back up the team well," he said.

Team-mate Lowndes was pleased with Priaulx's performance today and believes his co-driver is handling the car extremely well.

"I was very happy with Andy's driving in the wet today, he had a great handle on the car," Lowndes said.

"Andy had the opportunity to run on green tyres and he managed to extract a good time, which has given me a lot more confidence heading into the weekend. All-in-all we're very happy with what we have accomplished today."

Following a TeamVodafone 1-2 at Bathurst, Jamie Whincup said he is quietly confident heading into this weekend's race.

"Clearly we are confident coming from a 1-2 at Bathurst but we're aiming for a clean run this weekend because we really can't afford to make any mistakes," he stated.

"The track is almost half the length this year and it's going to make it really physical; it's probably going to be the most arduous race of the year," he added.

Triple Eight Race Engineering's Scott Pye, who recently won the 2010 Formula Ford Championship of Great Britain was a keen observer at the test and will join TeamVodafone at the Gold Coast event.

"It was great to have Roland Dane's support throughout the Formula Ford season, so it's always good to come back and show my support for TeamVodafone."

"I'm looking forward to this weekend's event and catching up with everyone who has given me encouragement over the previous months." 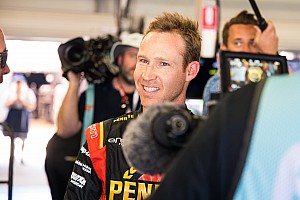 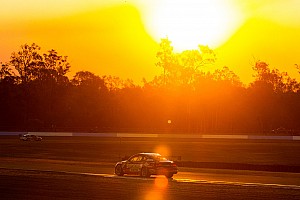 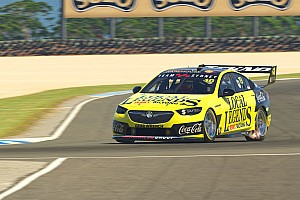