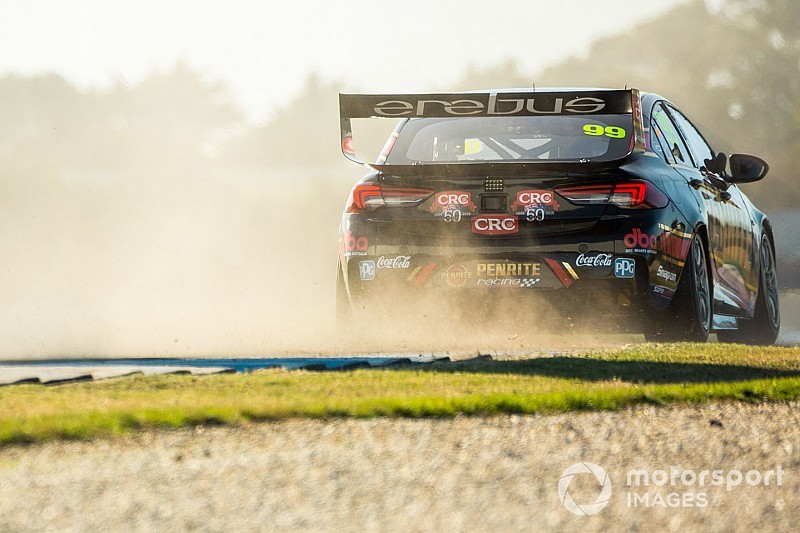 Supercars will launch both a fly-on-wall documentary series and a 'social experiment' talent search in 2020 as part of a UFC-inspired push into the reality TV market.

The Aussie category currently has two reality shows in the works, which are set to hit the air next year.

One is a documentary in the same style as Amazon's All or Nothing series, which goes behind the scenes with English Premier League giants Manchester City, and will chart the process of a Supercars team throughout the 2019 season.

The other will be a talent search with a 'social experiment' feel – that tag closely aligned with Aussie TV sensation Married at First Sight – that will result in a young driver racing in one of the lower Supercars tiers.

Speaking on the upcoming episode of the Below the Bonnet podcast, Supercars CEO Sean Seamer said the reality TV push is about both better harnessing the star power of the drivers, and creating interest in the sport beyond the race weekends.

"We struggle because every time our stars jump in a car they've got a helmet on and they're in a car," said Seamer.

"So we're putting a lot of effort into what we call an 'always on' media strategy. We can't race 52 weekends of the year, so what other content can we create? Because we can't race every weekend, we need to still be present throughout the year to keep our fans engaged.

"We've already started filming a fly-on-the-wall documentary based on the premise of All or Nothing, following a whole team for a whole year. We're working on a plan for a reality show where we look for the next Supercars star; putting 12 kids in a house for a month up in Queensland, training with Paul Morris, getting out into awkward social situations. A little bit of social experiment, a little bit of racing, and then having guaranteed Super3 or Super2 drive for the winner.

"That's unique to our sport – it's hard to slot someone into the All Blacks or the Wallabies, but we can do that with our process."

"[The UFC] is the best at it," he said. "Park your feelings about mixed martial arts and fighting and step back and just have a look at how smart Dana White is. He is unbelievable. What he's done with that sport, his content strategy, he understands people, he understands the fans... he and his team have done an amazing job.

"The NFL do a great job, the EPL do a great job. There are plenty of examples we're looking at outside of motorsport to deliver a better content experience."

He added that Formula 1's Netflix success with the Drive to Survive series has proven the concept can work, but stressed that the Supercars plan was not a copycat.

"I'm glad that we'd already started shooting before that came out, so it doesn't look like we just ripped them off," he said.

"It's really important for helping us broaden our audience. It makes us more accessible. It gives people an insight into our stars, that are with a helmet on the whole time sitting in a car."

While this is a more aggressive push into the reality TV market than ever before, it's not entirely new ground within the Supercars sphere.

The Shannons Supercars Showdown ran between 2011 and 2013, first offering the winner a Bathurst 1000 drive before the prize was switched to a Ford Performance Racing test driver role for the final season. There's also a reality series called Supercars Life produced by AME on behalf of Supercars Media, which currently airs on Fox Sports.

The full Sean Seamer episode of Below the Bonnet will be available this Thursday.