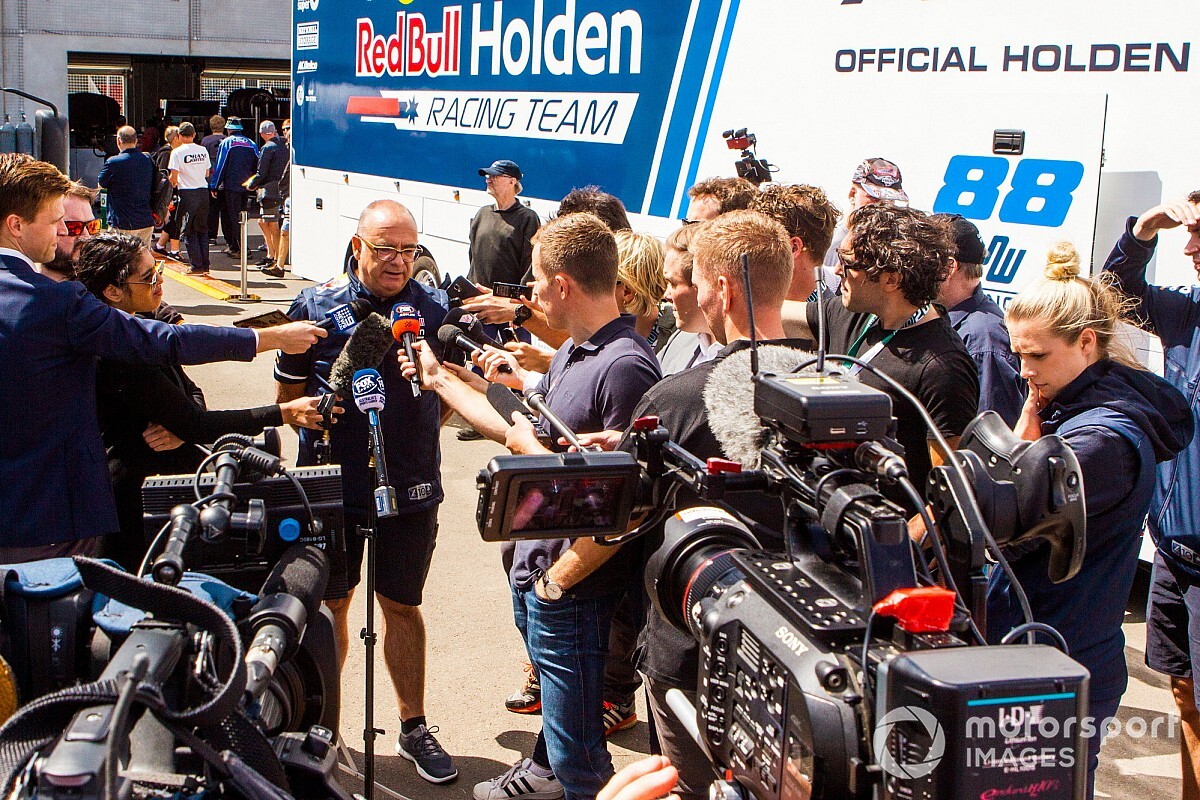 The Supercars commentary team will be altered for the category's return to real-world competition in Sydney later this month.

With COVID-19 restrictions limiting access to garages for TV crews, Supercars has slimmed down its pitlane commentary presence for the Sydney Motorsport Park round on June 27/28.

Mark Larkham will be the sole pit reporter, which means Riana Crehan has been sidelined in the short term.

Greg Murphy will also miss out on at least the SMP round due to being unable to travel from his home in New Zealand without facing strict quarantine measures on both sides of the Tasman.

There will understandably be no support category commentators or big screen commentary team in Sydney either.

Beyond that it appears the core TV line-up will be unchanged. Fox Sports has confirmed to Motorsport.com that it's team of Jess Yates, Mark Skaife and Craig Lowndes will continue to anchor the coverage, with Skaife and Crompton calling the sessions as usual.

All TV talent and production staff will be on-site, with social distancing rules in place, at SMP.

Supercars confirmed a fresh wave of rule changes over the weekend, including a six-person limit during stops and just two rattle guns allowed to change tyres.

Teams will only be allowed 13 people per two cars – including drivers – with staff only allowed into the circuit within 2.5 hours of the first session and within three hours of parc ferme ending.

How a Supercars backmarker team turned the tables