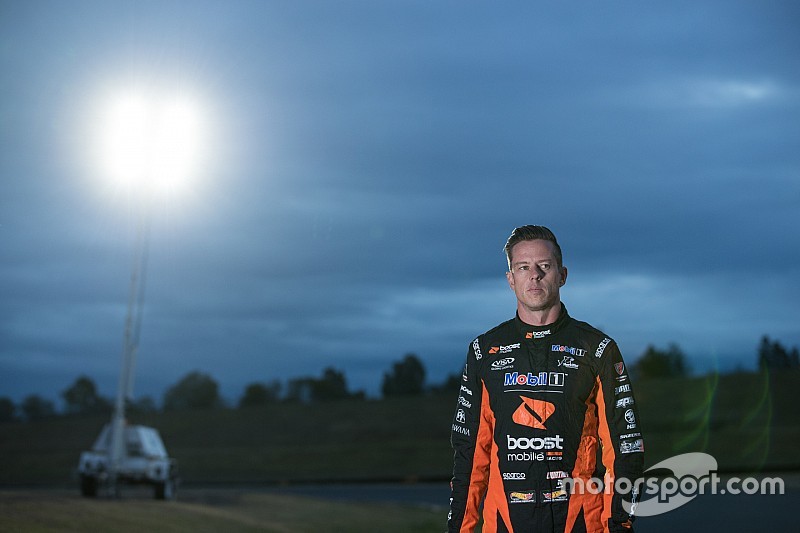 Supercars has dumped plans to run its Sydney Motorsport Park night race on a short loop of the circuit, with the full 3.93-kilometre layout now set to be lit by 60 light towers.

Supercars had initially confirmed that the single-race 'SuperNight' format would be centred around the 2.8-kilometre Druitt Circuit at the Sydney track, a decision based on the first two lighting tests.

However, after further lighting testing this week conducted by James Courtney, the series has now made the call to run the 300-kilometre race on the full SMP layout.

"Anything under lights looks better and racing cars will look fantastic, with the flames out of the exhaust and the brake disks glowing red," said Courtney.

"It adds a lot more drama to it all.

“It’s going to be great running the full circuit. We do in the daylight and have always had great racing, so it’s going to be even better of a night.

“I think it will be an excellent event, it’s definitely going to be quite a spectacle and something very different which we haven’t done for many, many years.”

The Sydney round will see the first Supercars action under lights on Australian soil since the Calder Park race way back in 1996. The series has competed at night since then, though, with a pair of rounds at Abu Dhabi in 2011 and 2012 – something 2012 race winner Courtney remembers fondly.

“Being the last person to win a race under lights is a nice tag to have and hopefully I can roll that into this event,” Courtney said.

“It will look excellent under lights; the cars really stand out and pop under the lights. It’s going to be fantastic, the sparks and scrapes we touch will look amazing on television.”

The Sydney SuperNight 300 will be a two-day event, kicking off with support categories and a single night-time practice session for Super cars on the Friday.

Supercars will then practice again early Saturday afternoon, followed by qualifying at 4:20pm and the race at 7:20pm.