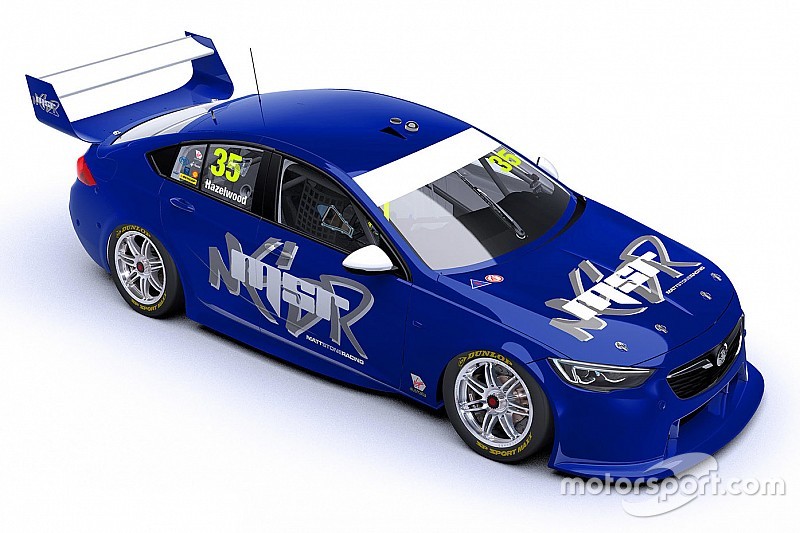 Matt Stone Racing has ditched its Ford in favour of a Holden for the remainder of the current Supercars season, ahead of a partnership with Triple Eight in 2019.

The rookie squad claimed last year's Super2 title with driver Todd Hazelwood in an ex-T8 VF Commodore, before switching to a ex-DJR Team Penske FG-X Falcon for its promotion to the main series this season.

However after a lean run of results the team has decided it will switch back to the title-winning previous-generation Holden for the remainder of this season, with plans to then shift into one of Triple Eight's current ZB Commodores for the 2019.

That deal includes a technical alliance with T8, that level of support having never been part of the customer arrangement with DJRTP.

It also means there will be on less Mustang on the grid next season, MSR having been set to re-skin its Falcon into the all-new bodyshape.

"The team have decided to run a ZB Commodore in 2019 and feel that racing the VF model starting at The Bend will better prepare us for next year's season," confirmed Stone.

"We are excited about this new partnership, which will see us form a technical support package with Triple 8 next season."

Hazelwood added that the decisions to make a mid-season switch came after months of deliberation.

"I believe this new direction will help us move forward as a team, this was no overnight decision and I feel very confident with the changes put in place," Hazelwood said.

"I am fortunate that I have very smart and successful people in my corner who were able to help analyse the best direction for the team.

"I'm very excited to be back in my Super2 winning car for the remainder of the season. I cannot thank everyone involved at MSR for making this switch possible and I'm really looking forward to racing at The Bend for the first time."

The move means the team's pair of DJRTP Fords will be mothballed for the time being, while its Super2 driver Bryce Fullwood moves out of the ex-Hazelwood Holden and into a spare VF.