Supercars team creates its own beer 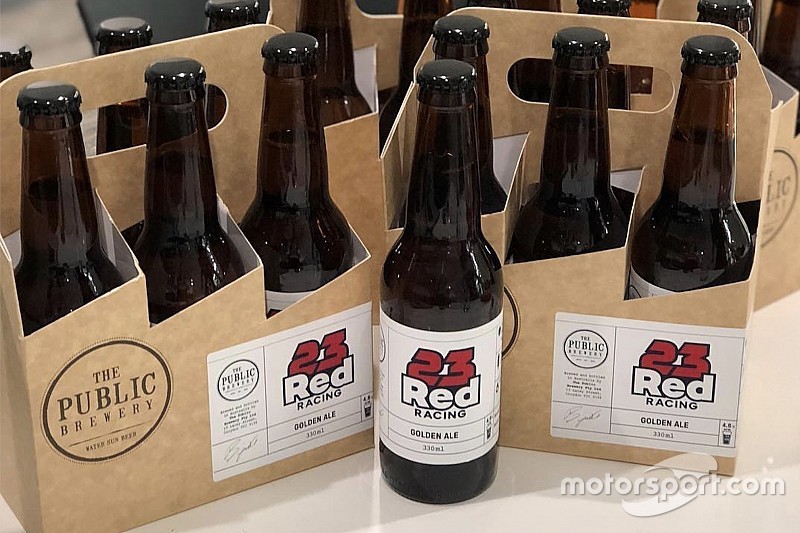 The brand new 23Red Racing squad has celebrated a strong start to its maiden Supercars season by producing its own beer.

The first 23Red Racing Golden Ales were delivered to the team’s workshop in Melbourne yesterday ahead of a planned public release.

While panel beating was his focus, Munday has for the last five years co-owned breweries in Melbourne, including The Public Brewery in Croydon, which is responsible for the 23Red ale.

“It’s something that we’d talked about doing and my business partner decided to make them up and surprise me with them yesterday,” Munday explained..

“We’ll definitely sell them through our bottle shops and we’ll put them online through the brewery.”

After the surprise delivery, Munday was pleased with what he tasted.

“Brendan, the brewer who works for me down there, knows what I like in terms of a beer and decided he’d whip up what they call a cream ale. It’s very good,” he said.

23Red Racing enjoyed a strong start to life at the Adelaide 500, where Will Davison finished eight and 12th in the respective races to sit 11th in points ahead of Albert Park.