Supercars star on NASCAR: "I was holding on for dear life" 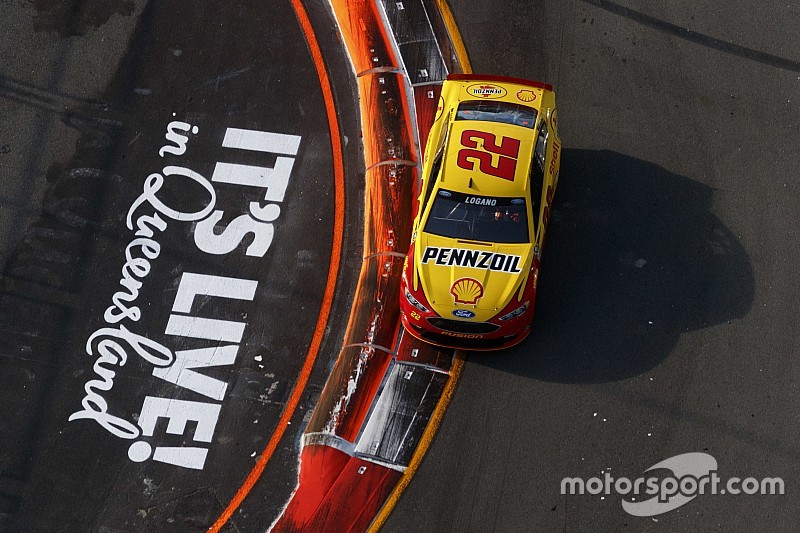 Supercars star Scott McLaughlin says he was "holding on for dear life" during the opening NASCAR demo on the streets of the Gold Coast today.

McLaughlin took the wheel of Joey Logano's All-Stars-winning Penske Ford Fusion in Surfers Paradise in the first of a series of demo runs today, the car having been plucked out of the DJR Team Penske museum.

The demo laps were the first step in an ambitious plan to bring NASCAR to the Gold Coast for a race, perhaps as early as 2019.

According to McLaughlin, a known NASCAR fan, simply driving the car was a dream come true.

"It’s a bucket-list done, no matter what happens in my life I’m happy I’ve driven a NASCAR," said the Kiwi.

"I’ve just got to thank Roger and Team Penske for letting me have a go.

"I was probably a little bit of an amateur, I was holding on for dear life. But it was pretty cool.

"Myself and Fabian [Coulthard] have been looking at the car [in the museum] for the past year, just wanting to drive it.

"It was pretty awesome and something I’ll never forget."

Going into more detail about the drive, McLaughlin highlighted the 9000rpm rev limit – compared to 7500 in a Supercar – as one of the eye-opening features.

However the flipside was a lack of braking performance.

"They don’t stop, [but] there was certainly a lot of power," he said.

"I was at 6000 revs and realised I still had 3000 more to go before I hit the limiter. It was pretty intense, pretty crazy.

"They don’t stop, [but] there was certainly a lot of power."

He also said the car didn't fancy riding the prominent Gold Coast kerbs, something that Supercars do with ease.

"I hit the smallest kerb out there and got a massive headache from banging my head on the seat," McLaughlin said.

"It didn’t really handle it too well."