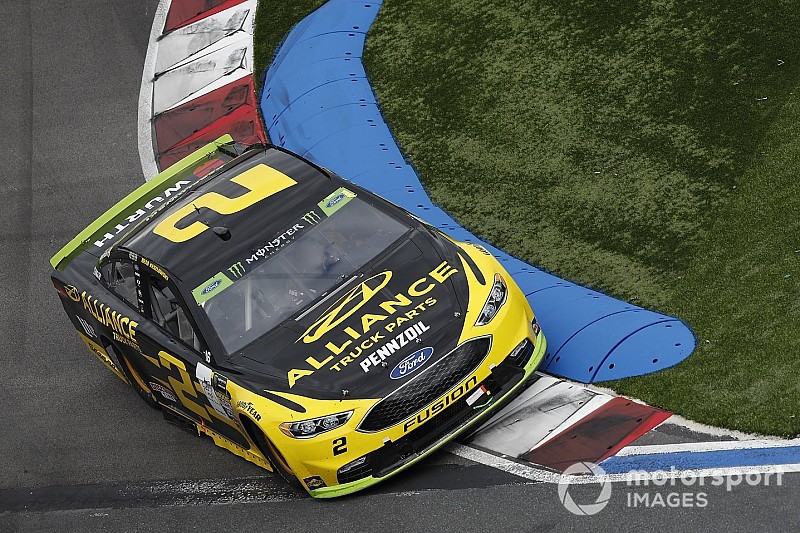 Supercars has confirmed that it's in talks to bring NASCAR to the streets of the Gold Coast next year, as first reported by Motorsport.com.

The Aussie series will look to bring US racing back to the Surfers Paradise circuit as early as next year, with plans to run a NASCAR exhibition race.

According to Supercars CEO Sean Seamer, discussions about the Gold Coast kicked off when NASCAR's executive vice president Steve O'Donnell and vice president of innovation and racing development John Probst visited the Tailem Bend circuit in South Australia back in August.

Seamer nonetheless stressed that the plans are preliminary, and discussions, while formal, are still young.

"It is still very early days," said Seamer. "We don’t want to get carried away, but those guys came down and met with us in August.

From an operational perspective there would be challenges with the late October date. The 2019 Gold Coast event falls at the business end of the NASCAR season, and clashes with a Cup race at Martinsville.

However, it is on a free weekend for the Xfinity Series.

"Obviously they have got a lot of cars in rotation along with engines, so we will work through all that with them," added Seamer. "Is it a combination of main game, Xfinity or Trucks? All that needs to be worked through.

"It is still really early days. The first thing was let’s get one out and running [with the demo] this weekend and see what it looks like and goes like and gauge the reaction.

"If it all goes well this weekend those conversations will keep going on."

Seamer is set to meet with both NASCAR and Team Penske during a personal trip to the United States over the Christmas period.

That doesn't mean there will be a decision that early, though, with the series boss downplaying any hard deadline or timeline.

"It is early days, [there is] positive intent and there is a lot of interest," he said. "How it works operationally and [we] make it happen is going to take a lot of time to work through.

The potential for a NASCAR deal has piqued the interest of the Queensland government, which has been a big backer of the event since the Champ Car/IndyCar days.

Wooing NASCAR to the Gold Coast could potentially be key in maintain or growing government support for the event in the future.

“We’ve had very productive conversations between Supercars and Tourism Events Queensland and I give this assurance, I want to see this event continue to grow,” said Queensland’s Minister for Innovation and Tourism Industry Development, Kate Jones.

“Certainly, looking at new products and new races to add to the event are part of those discussions.

“We know that Supercars is a race product, but we also know there are many fans out there that would love to see NASCAR added.

“What we’re saying is we will continue to have those conversations to ensure we grow this event and have even more people coming to the Gold Coast to enjoy this experience.”