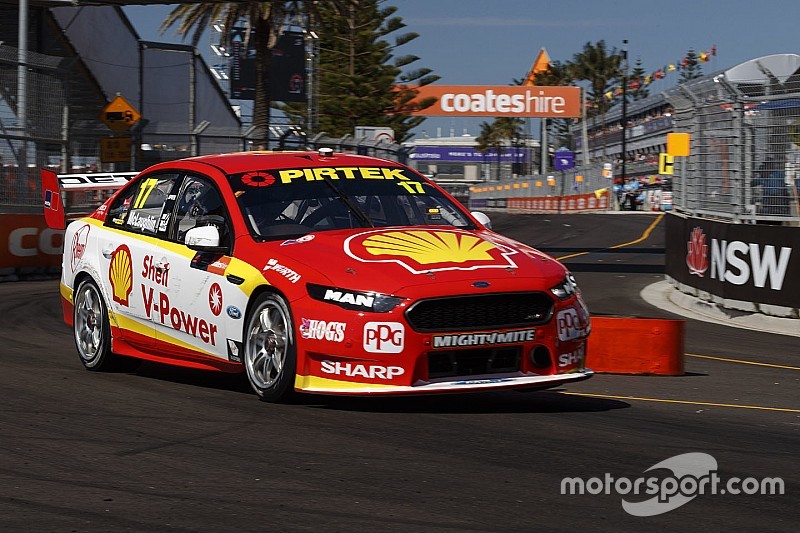 Scott McLaughlin has thrown down the gauntlet ahead of the penultimate race of the 2017 Virgin Australia Supercars season.

Qualifying for Race 25 began with a big moment for Whincup, who locked up the rear brakes on the way down into Turn 1. He was far from the only driver to find the edge and cross over it during the 20-minute session. Mark Winterbottom, Fabian Coulthard, David Rynolds and even McLaughlin found themselves making missteps during qualifying.

In the pits, an incident nearly broke out as Reynolds backed out of his stall and into the path of Chaz Mostert. The latter was forced to get on the brakes hard to avoid a collision.

McLaughlin's qualifying session didn't go very smoothly either. While preparing to enter the hairpin, he was forced to the inside of the slower car of Tim Blanchard, thus causing him to miss the apex and run wide. Blanchard was then investigated for the impeding the DJR Team Penske driver's lap.

McLaughlin made another go at it with four minutes and 30 seconds to play, rocketing to the top of the board with a 1:09.9065. Whincup attempted to respond and although he got within a tenth of the pole time, his lap (1:09.9988) was only good enough for fourth.

He was then knocked down another position to the inside of Row 5 by Reynolds, who launched himself from eighth to the outside of the front row with a 1:09.9163.

Van Gisbergen and Caruso will instead share the second row on the grid. Rick Kelly will join Whincup on Row 3, completing the top six. Will Davison, Fabian Coulthard, James Courtney, and Mostert rounded out the top ten.