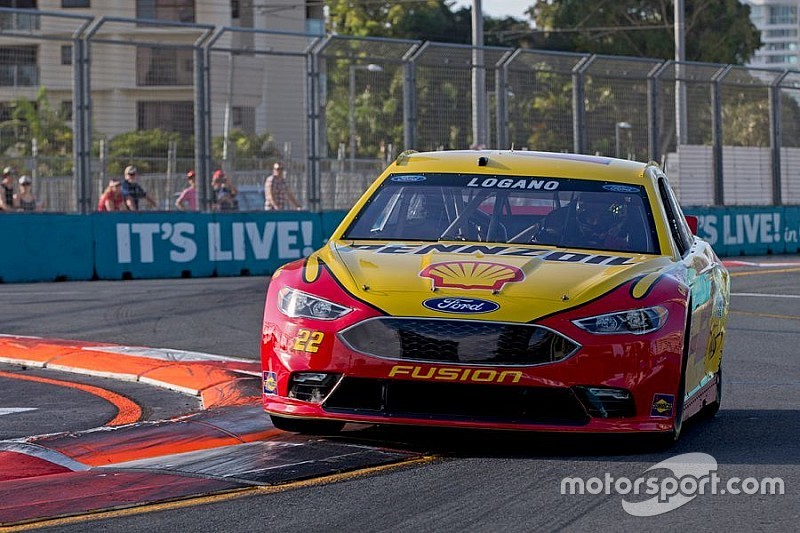 Supercars has hailed its toe-in-the-water NASCAR demo on the Gold Coast last weekend as a 'massive hit', as it looks to woo the American series to Australia.

DJR Team Penske dusted off the Joey Logano race-winning Ford Fusion that resides in its museum for a series of demos across the Gold Coast weekend, Supercars stars Fabian Coulthard and Scott McLaughlin taking the wheel of the Cup-spec stock car.

As first reported by Motorsport.com, the demos were staged as part of a bold plan to bring a NASCAR exhibition race to the Gold Coast event as soon as next year.

Having said early in the Gold Coast weekend that the demos would gauge crowd interest in a potential NASCAR deal, Supercars CEO Sean Seamer ultimately declared it a 'massive hit' with the 196,192 spectators.

“It’s been a healthy increase [in spectators] on last year with a great mix of families and children amongst the crowd, which is why this event resonates so strongly on the Gold Coast,” said Seamer.

“The weather was not kind to us [on Sunday], but still it was a great weekend all round.

“It was good to meet the Minister [for Innovation and Tourism Industry Development Kate Jones] on Friday, and we are aligned on the way forward.

"The NASCAR demonstration was a massive hit with the fans, as were the concerts.”

The NASCAR laps were a hit with the drivers too, McLaughlin admitting it was a bucket list moment when he drove the Fusion for the first time on the Friday evening.

Talks regarding an exhibition race on the Gold Coast are set to continue when Seamer visits the US over the Christmas period.