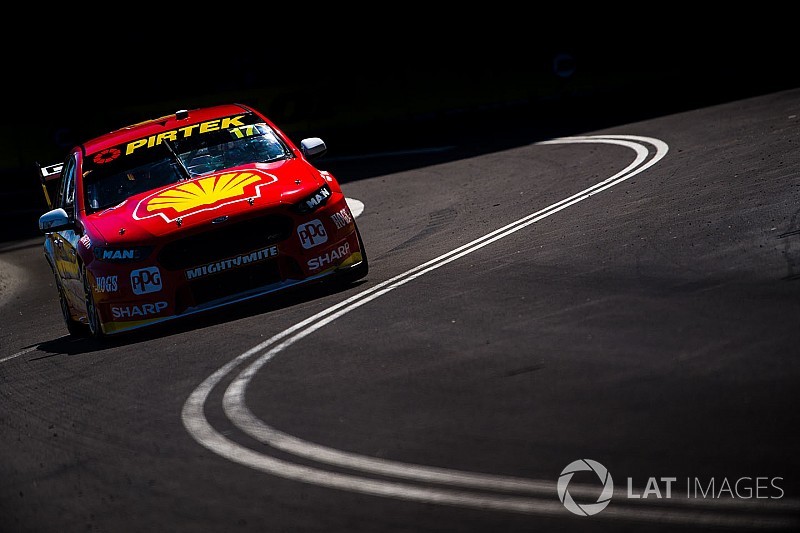 Supercars is investigating whether hybrid technology will play a role in its 'Next Generation' regulations, series boss Sean Seamer has confirmed.

A link between the Next Generation regulations, due in 2021, and hybrid technology is not entirely new, however fresh focus on the concept was kickstarted by comments made by Zak Brown during the Australian Grand Prix weekend earlier this year.

Recent confirmation of Nissan's impending exit from the sport revived the topic of hybridisation as well, the carmaker's Australian boss Stephen Lester outlining a push towards electric vehicles as a primary reason why Supercars is no longer a strong marketing fit.

Another external consideration is the inescapable success of Formula E in terms of wooing manufacturers, which points directly to the importance of EV to automative industry.

According to Seamer, hybrid technology is absolutely on the table for Next Generation, with the Supercars commission currently investigation how it could be incorporated into the series.

"There's a process that a team on the commission are working through between now and the end of the year to define what Generation 3 looks like, the car of the future.

"And we will include manufacturers in those discussions to get their feedback and their inputs in terms of what works for them, and make sure that we understand what their long-term product roadmap looks like.

"Hybridisation is obviously a key topic, so we'll make sure we do our due diligence on that.

"[Manufacturers have] asked what hybridisation might look like. Do we have the ability to do it? Is it something that we will consider as part of Gen3? To which we have said, 'yes, we will look at that as part of the programme and the planning'."

Seamer cautioned that hybrid talks are still in their infancy, but added that he hopes to have it locked down by the end of this year to give competitors time to get organised.

"It's very preliminary," he said. "The deep line, we're working towards having that completed by end of the year – which gives us the full two years to work through development and implementation into 2021."

Next Generation will supplement the Gen2 regulations, which were officially introduced at the start of last season. The Gen2 rules were designed to allow cars powered by smaller-capacity turbo engines to race, as well as two-door bodyshapes, in a bid to widen the appeal of the series to manufacturers.

Take-up has been slow, however, with the only new car since then – the ZB Commodore – a four-door body with a V8 engine, after the introduction of a GM twin-turbo V6 engine was first delayed by a year, and then delayed indefinitely.

The first two-door bodyshape to come into the sport under Gen2 will be next year, when Ford brings the Mustang to the series – although that too will be powered by a traditional V8 engine rather than a turbo unit.

Despite the lack of turbo power in the field for the foreseeable future, as well as the chat about hybrid technology, Seamer says the idea of forced induction is still on the radar.

"But I think I've mentioned before that we see [Next Generation] as evolution rather than revolution, and people that are much smarter than me with much better engineering qualifications than mine will be working on that and defining what evolution looks like in conjunction with what our manufacturing partners and our team owners see as the future."

'Light at the end of the tunnel' for embattled Nissan outfit