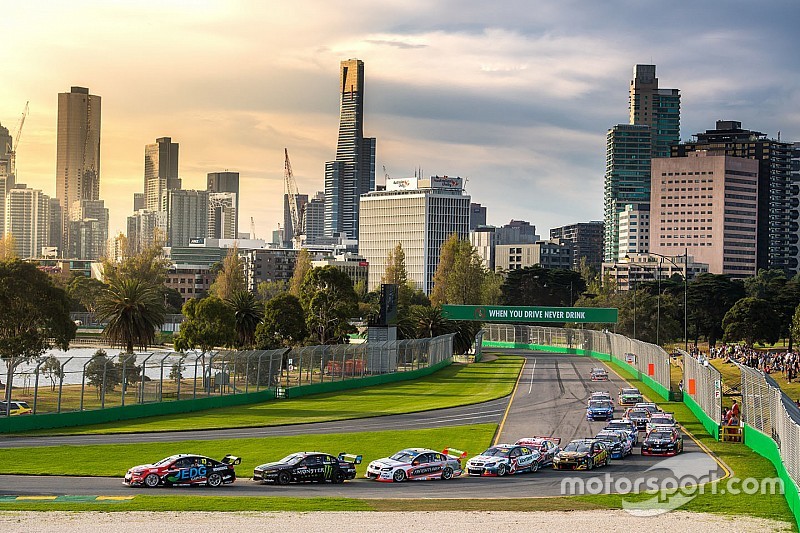 The first points-paying Supercars round at the Australian Grand Prix will feature 400 kilometres of racing split over four races, it's been confirmed.

As revealed by Motorsport.com, there will be a single race on Friday, two races on Saturday, and a final race on the Sunday of the AGP weekend.

The race lengths will vary between a 13-lap sprint race (30 minutes, 69 kilometres) and a 25-lap race that includes a compulsory stop for tyres and fuel (60 minutes, 132 kilometres).

The sole Friday and second race on Saturday will use the long format and will be run at twilight. The sprint format is saved for the first race on Saturday and the Sunday race, which will be the final competitive event before the F1 season-opening Australian Grand Prix.

The four-session, 10-minute qualifying format has been retained, however it will now be split over two days. The grids for Races 1 and 2 will be set on Thursday, following two 30-minute practice sessions, before the Race 3 and 4 grids are set on Friday.

The inaugural winner of the 'Coates Hire Supercars Melbourne 400' will be awarded a trophy names after Aussie Touring Car legend and former F1 driver Larry Perkins.

The one-make Ferrari series is the first international category to race at the Albert Park circuit in 17 years.

"With a bumper line-up of entertaining and competitive racing, it will be an incredibly unique experience for fans as they enjoy the spectacle of these action-packed support categories,” said AGPC CEO Andrew Westacott.

“Fans will be spoilt for choice across the four-day event, with an array of on-track action racing for championship points in all categories.”

Sponsor and livery locked in for 23Red Racing