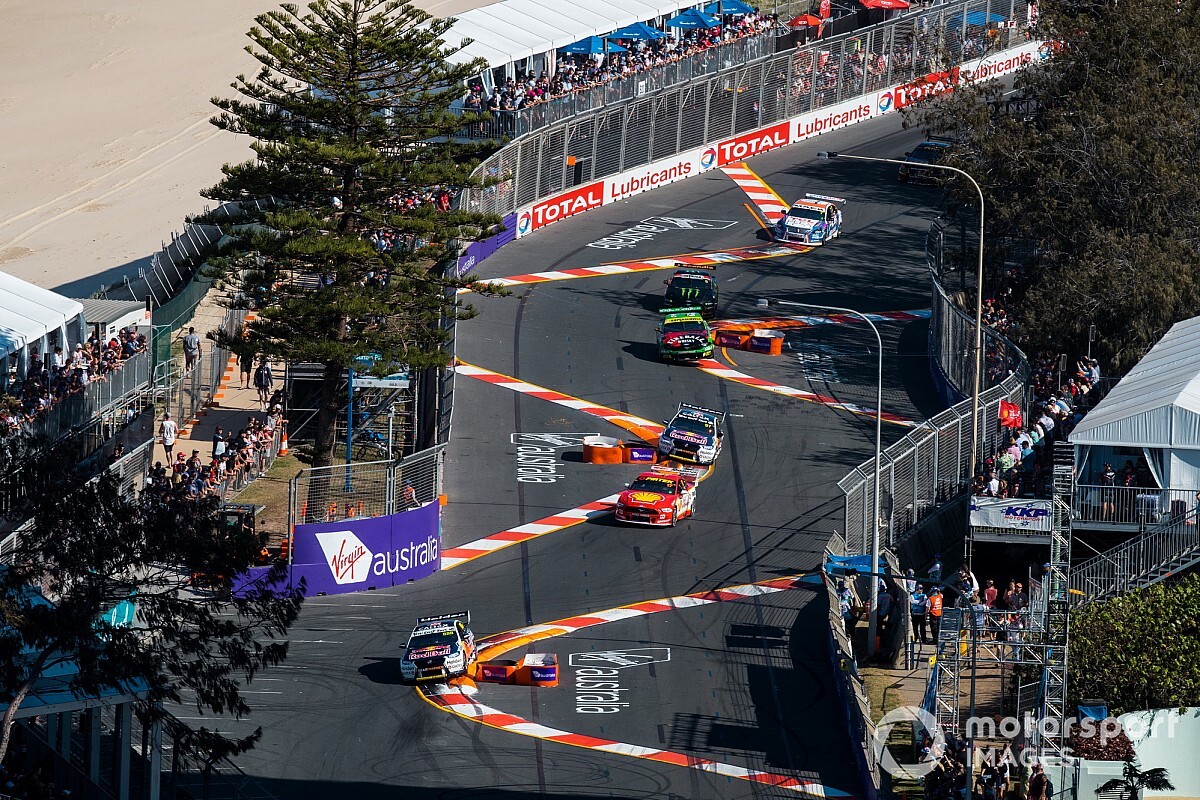 Supercars is planning to finish its season with the Gold Coast street race next year, now the Adelaide 500 has been killed off.

The Aussie series was planning on holding its final round in Adelaide next year, the traditional season-opener moving to the other end of the schedule to boost the chances of a capacity crowd.

However last week's shock axing of the Adelaide event has left that plan in tatters, Supercars forced to rethink the back end of its 2021 schedule.

The new preference is to move the Gold Coast event from its traditional October date to November for the finale, which could also be held under lights, as was the pre-pandemic plan for 2020.

The season is set to start in late February with a sprint round in Bathurst, while one version of the schedule has Sandown back in its traditional pre-Bathurst 1000 spot in September.

The future of The Bend on the Supercars schedule is uncertain following the Adelaide 500 news.

Supercars is expected to unveil its full 2021 schedule in the coming weeks.