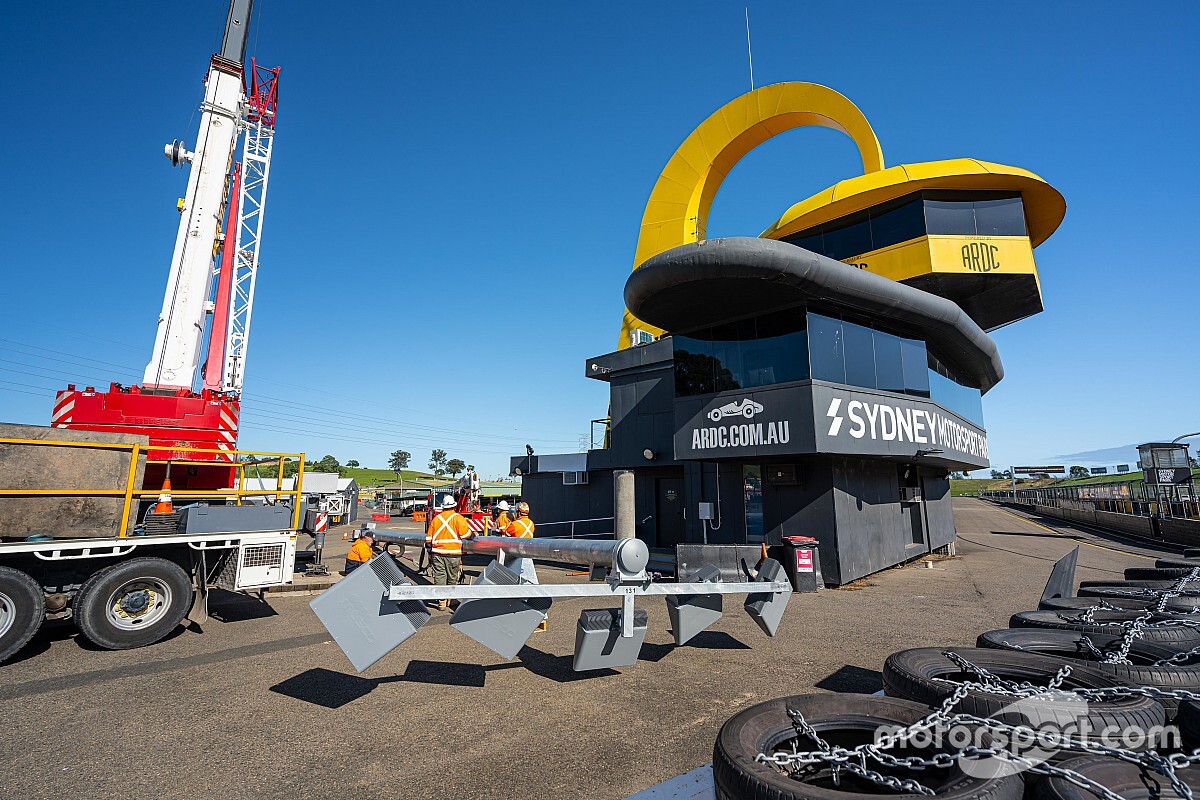 The first of 132 permanent light towers has been installed at Sydney Motorsport Park as part of a $16.4 million lighting project.

SMP will become the first permanent circuit in Australia with a full permanent lighting system, the works forming a crucial component of a state government-backed $33 million upgrade to the venue.

The lighting system, consisting of 132 towers of LED lamps, is worth more than $16 million on its own.

It will provide a minimum of 800LUX on the main straight and 400LUX on all other parts of the circuit.

The system is the result of a joint project between the Australian Racing Drivers' Club, which operates SMP, and Supercars, which will use the facility for night racing from this year onwards.

“Sydney Motorsport Park is one of the busiest tracks not just in Australia, but in the world,” said ARDC CEO Glenn Matthews.

“We enjoy an occupancy rate of around 96 per cent, and that was one of the reasons the [New South Wales] government was happy to support us in providing funding for the permanent lighting project.

“Lighting allows us to fit even more events into our calendar; not only enabling motorsport fans and enthusiasts, competitors and manufacturers more access to our world-class facility, but also opening doors for substantial opportunities to further grow the Western Sydney night economy.”

Supercars CEO Sean Seamer added: "I think it's important to acknowledge that there's not a lot of high-class, world-class motorsport facilities left in Australia.

"It's great we have a flagship facility like this that can run 24/7 now. As we have less race tracks, the ability to run 24/7 is really important. For motorsport, for Supercars, for everybody this is a great facility.

"Hopefully we can keep more tracks like this going across Australia."

Supercars ran under temporary lights at SMP back in 2018, the circuit then dropping off the calendar last season as part of plans to return when this permanent system was installed.

This year's race was set to take place on the last weekend in August, although that could change as Supercars re-shuffles its 2020 schedule due to the impacts of COVID-19.

There has even been rumours of multiple rounds at SMP, given it sits between the two major hubs for teams – Melbourne and the Gold Coast.

According to Seamer, night racing has the potential to play its role in the re-scheduling, particularly as all major sporting codes eye a busy second half of the year.

"Night racing for us gives us greater flexibility with our scheduling," he said.

"That's why a facility like this is so interesting for us, because we can run at different times of day or different times of night to get clear air for our broadcast to reach new fans and get away with some conflicts from other sports."

More information on the new-look 2020 Supercars schedule is expected in mid-May.