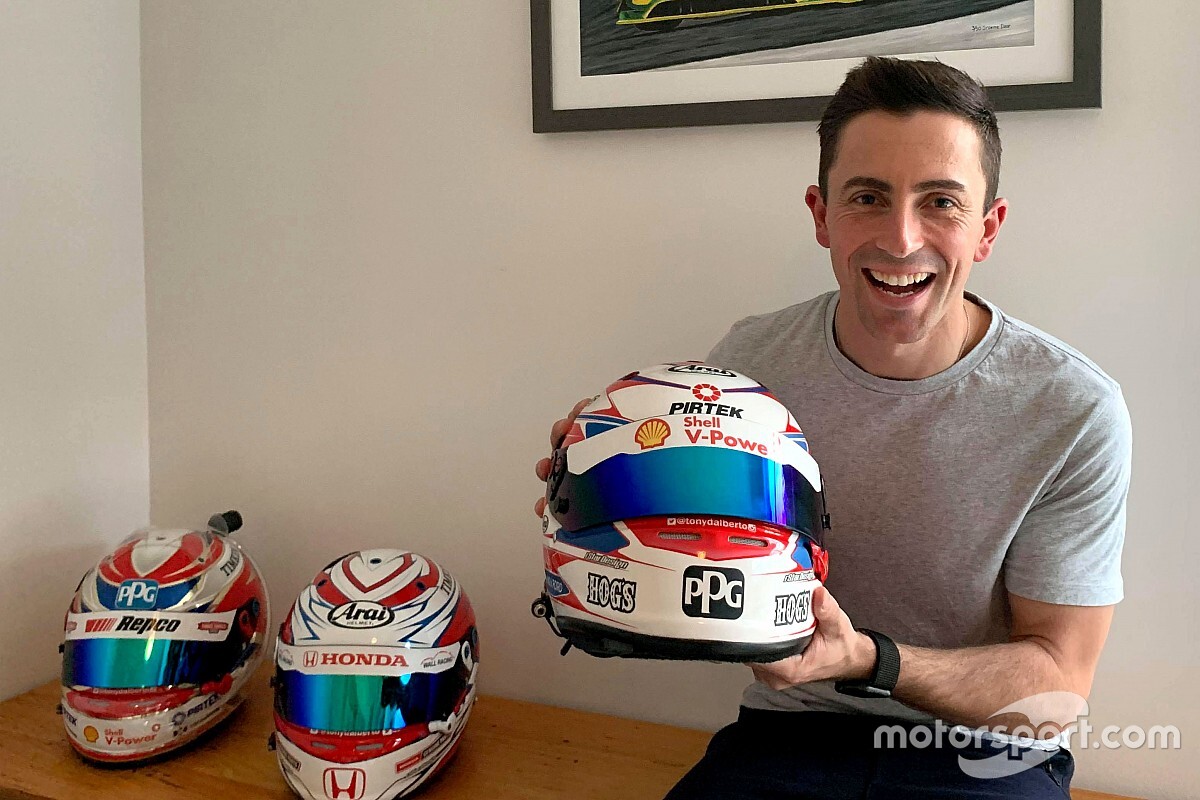 The DJR Team Penske enduro ace had his car broken into back in September 2018, thieves taking off with a kit bag that contained the helmet he wore to third place at the 2017 Bathurst 1000.

A social media plea for it to be returned initially proved unsuccessful, D'Alberto eventually resigning himself to never seeing the precious memento ever again.

That was until he received an Instagram message last week, which led to an unexpected recovery.

“This week, a guy sent me a private message on Instagram and said “hey, I think I have something that belongs to you, I think I have your helmet,” he told the Parked Up podcast.

“I didn’t believe it, I don’t know this guy, and he sent me some photos and I went and picked it up.

“The helmet is in pristine condition, no scratches.

"At the time, I was devastated. It meant so much to me, so I’m absolutely rapt. I never thought I’d see it again.”

The TCR Australia regular is set to team up with Fabian Coulthard for a fourth straight year at the long-distance races this season.